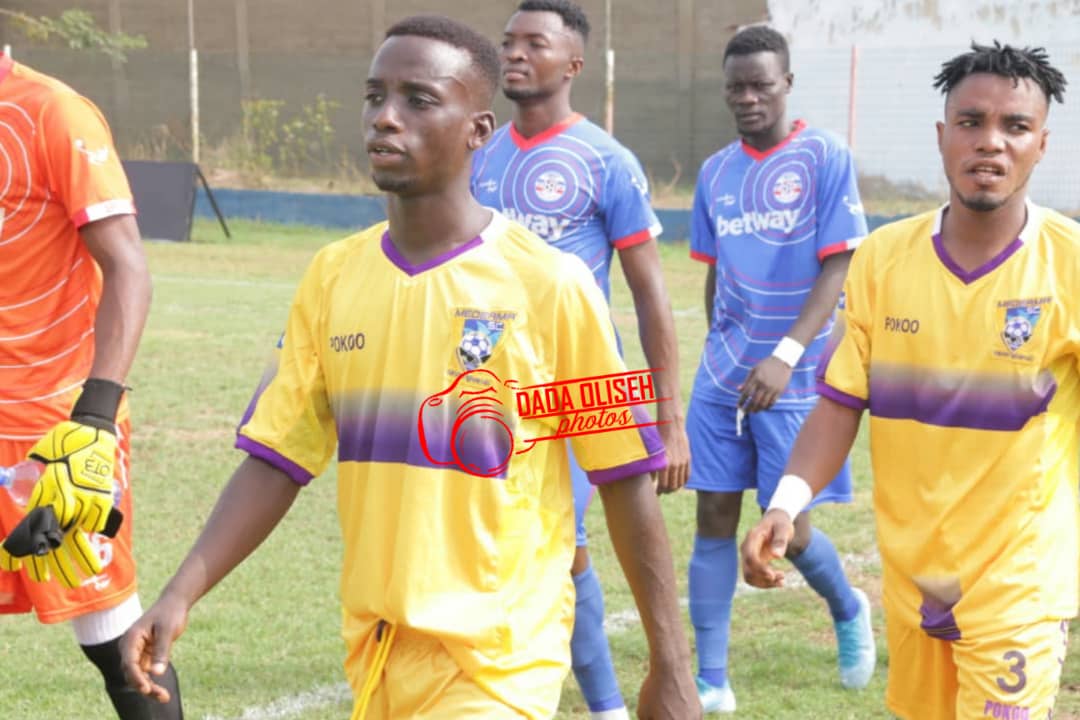 Liberty Professionals remained winless after three matches but deserve the plaudits for holding leaders Medeama to a 1-1 draw at home on Saturday.

The Scientific Soccer Lads took the lead from the spot but the visitors stormed back with a counter attack to snatch the equalizer at the Karl Reindorf Park.

Just after the hour mark, Liberty were awarded a penalty after substitute Abraham Wayo was brought down inside the box.

Star man Elvis Kyei-Baffour stepped up and expertly planted the ball into the net after the sending the goalkeeper the wrong way.

Medeama were still much in the game and made promising moves- one of them which was a quick break led to the equalizer.

Substitute Nana Kofi Babil finished off the move to give the Mauve and Yellows a share of the spoils.