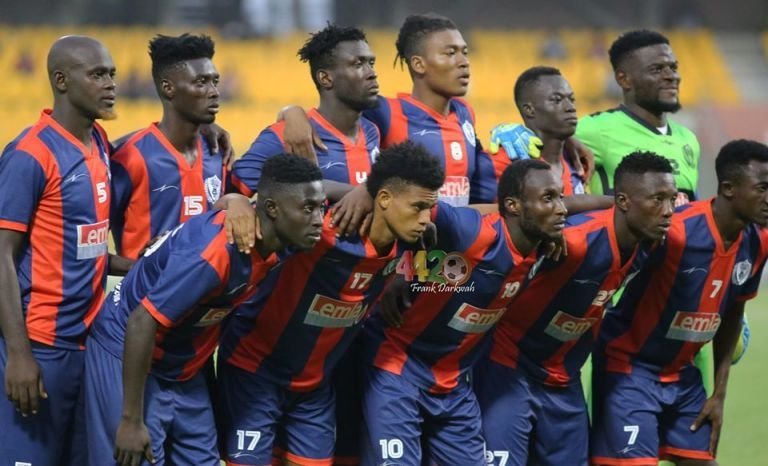 Legon Cities FC return home on in the midweek to search for their very first win of the season as they tackle second placed AshantiGold SC.

The Royals are welcoming the Miners to the Accra sports stadium on Wednesday night.

Cities have only two points from the three matches they have played so far. They lost 3-1 to Asante Kotoko SC in their first home game.

They held Dreams FC to scoreless draw on the weekend.

German-Bosnian trainer Goran Barjaktarevic and his men plan to hand AshantiGold their first defeat of the season to claim all three points, their first this term.

New signing Abdul Wahab Hanan was given his debut on Sunday. He is expected to start again on Wednesday to mark his first home bow.

It's going to be a nostalgic moment for captain Fatau Dauda who faces his former side for the very first time since parting with them.

AshantiGold SC are travelling to the capital with a very good mood as they have an 100% record in the premiership so far.

The Miners are sitting second on the league with three wins from three games without conceding a single goal.

They will be targeting another victory at the Accra sports stadium on Wednesday to keep their grip in the campaign very tight.

Assistant coach Yakubu Sheriff Mambo will once again lead the Gold and Black side for this fixture as he has done for the previous three matches.

Richard Osei Agyemang has recovered from the injury he sustained in the opening fixture but he won't be travelling with the team to the capital for midweek's game.