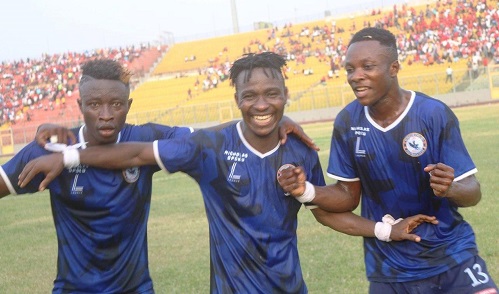 Berekum Chelsea continued their impressive start to the season with a 1-0 win against Dreams FC at the Golden City Park.

Defender Zakaria Fuseini opened the scoring for the home side after just 15 minutes following some good spell from the Blues.

Chelsea controlled the tempo of the game and deservedly went into the break with the lead.

However, Dreams FC returned more determined for an equalizer as they came close a few times minutes after the half time.

The hosts quickly change the tides of the game and began dominate the pace of the match.

Forward Kofi Owusu came close to adding a seconnd but Dreams FC were equally up for his threat.

Both teams tried to score but the second half could not produce any real goal scoring opportunity as the Berekum based club secured their first win at home.