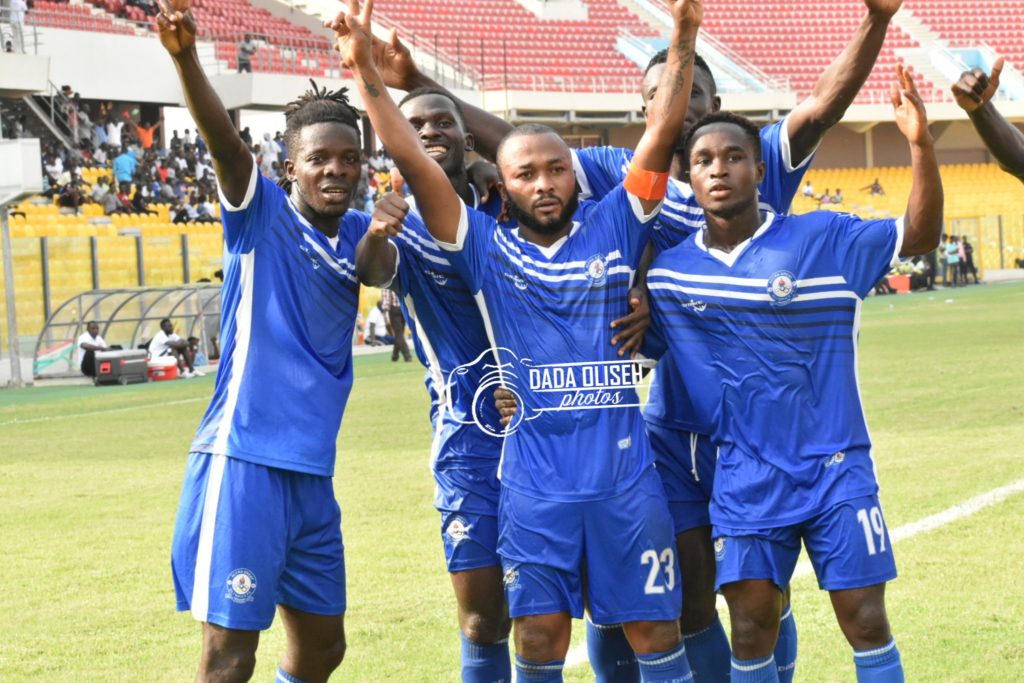 Great Olympics picked their first three points of the 2019/20 Ghana Premier League season following a 2-0 victory over Karela United FC in Week 4 at the Accra Sports Stadium on Thursday afternoon.

Great Olympics had gone three games without a win since their return to the top-flight.

The Wonder Club were keen to end their disappoint omg start to the league when they welcomed Karela United to the Accra Sports Stadium.

However, both sides played a cagey encounter as the score line remained goalless until referee Ali Musah blew his whistle for the end of the first half.

But the hosts shot into the lead just a minute after coming back from recess through midfielder Gladson Awako. The former Ghana youth enforcer did not make any mistake as he buried the ball into the roof of the net from 12 yards to send Olympics fans into ecstasy mood.

Karela United came into the game strongly afterwards and threatened the goal area of Olympics but the hosts’ steady defense dealt very well with visitors waves of attack.

With the match looking like ending in a slim victory for the Dade Boys, Abdul Razak Yussif popped up with a late goal to help Great Olympics win the match 2-0.

The win has propelled Olympics to 14th on the standings with three points after four matches, while Karela United remain 11th with four points.