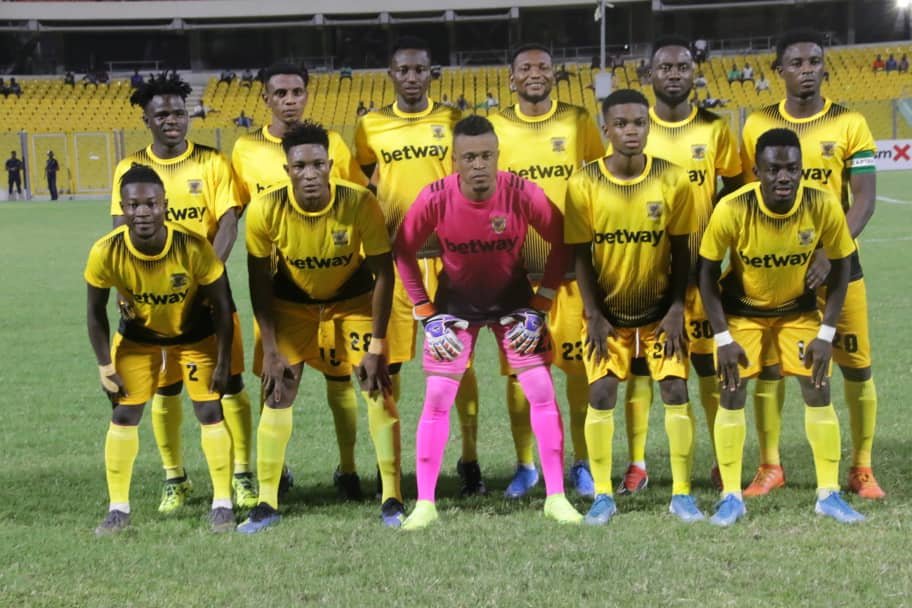 AshantiGold SC have been a confident bunch this season as they remain unbeaten after four games, winning three, drawing once and without conceding.

Lying second place on the log, the Miners are to give Berekum Chelsea a run for their money when they host them this weekend.

The Gold and Black side had their 100% run in the premiership halted by Legon Cities FC who held them on scoreless stalemate in the midweek.

AshantiGold will stretch their winning streak at home in the league to thirteent when they beat the Blues at the Len Clay stadium on Saturday.

Defender Musah Mohammed suffered an injury in the last game and was replaced. He is expected to be fit for Sunday's crucial match.

Richard Osei Agyemang is also expected back in team to face his former club whereas new recruit Frank Akoto eyes a debut for the hosts.

On the other hand, Berekum Chelsea are oozing in confidence as they travel to Obuasi with boasting of an unbeaten run.

Impressively, the Bibires are the only side having an 100% away record in the season clinching the two victories against giants Hearts of Oak and Asante Kotoko SC in Accra and Kumasi respectively.

With no goal conceded so far this campaign, Chelsea are expected to give AshantiGold a stern test this Saturday.

Striker Kofi Owusu would want to prove a point against a side he couldn't live up to expectations during his stint with them in the 2016/2017 season.

The return of Jordan Opoku has boosted the visitors ahead of this weekend's fixture. He could make his debut if selected by coach Asare Bediako.

Stephen Amankona was given his first start of the season on Wednesday against Dreams FC. He is expected to start again on Saturday.