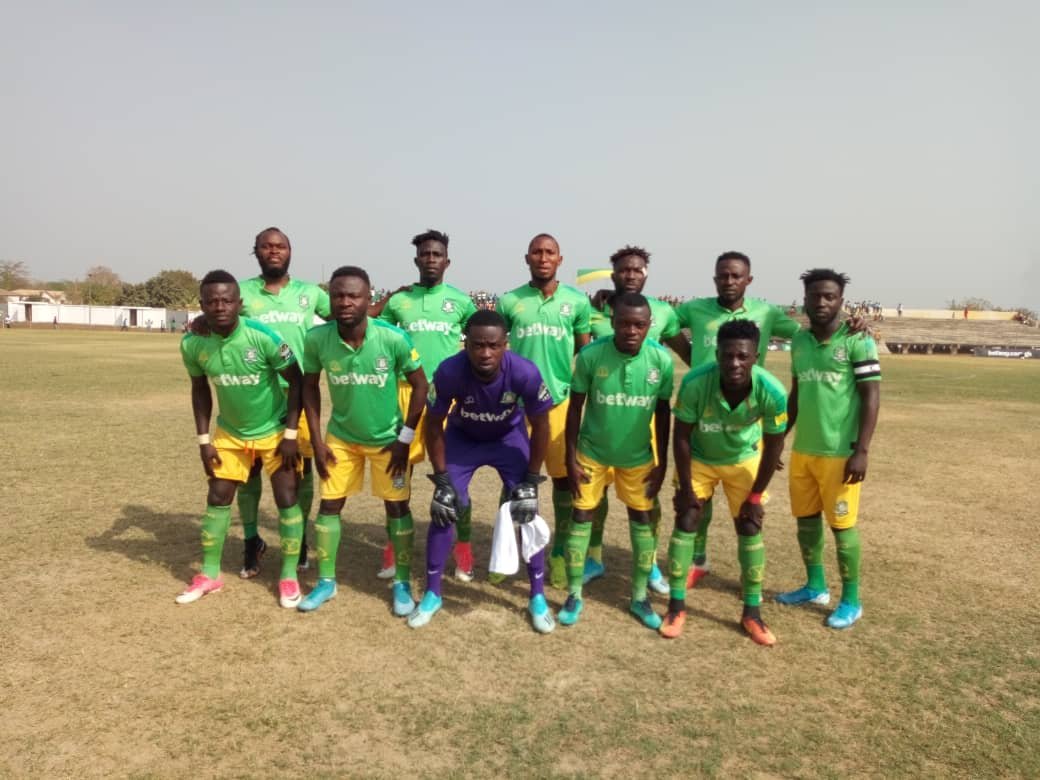 Aduana Stars returned to winning ways as they beat Legon Cities FC 2-0 at the Nana Agyemang Badu park on Sunday to move to second place.

Two free-kick goals from Yahaya Mohammed and Noah Martey were enough for the Ogya Boys to claim all three points.

Returnee Bright Adjei was handed in very first start of the season coming in for Benjamin Owusu.

Farouk Adams also returned from injury to take place in the starting lineup for the Ogya Boys.

Goran Barjaktarevic made two changes in his squad with Yakubu Mohammed and Ebenezer Nii replacing Sadick Sulley and Panayotis Papadopoulos in the starting lineup.

Prosper Gbeku retained his position in the goal posts for the Royals.

Mohammed scored his 6th goal of the season to break the deadlock on the stroke of halftime through a stunning free-kick.

Substitute Noah Martey scored another free-kick in the 80th minute to seal the victory for Aduana Stars.

Legon Cities FC are still chasing their first win of the campaign after five matches.