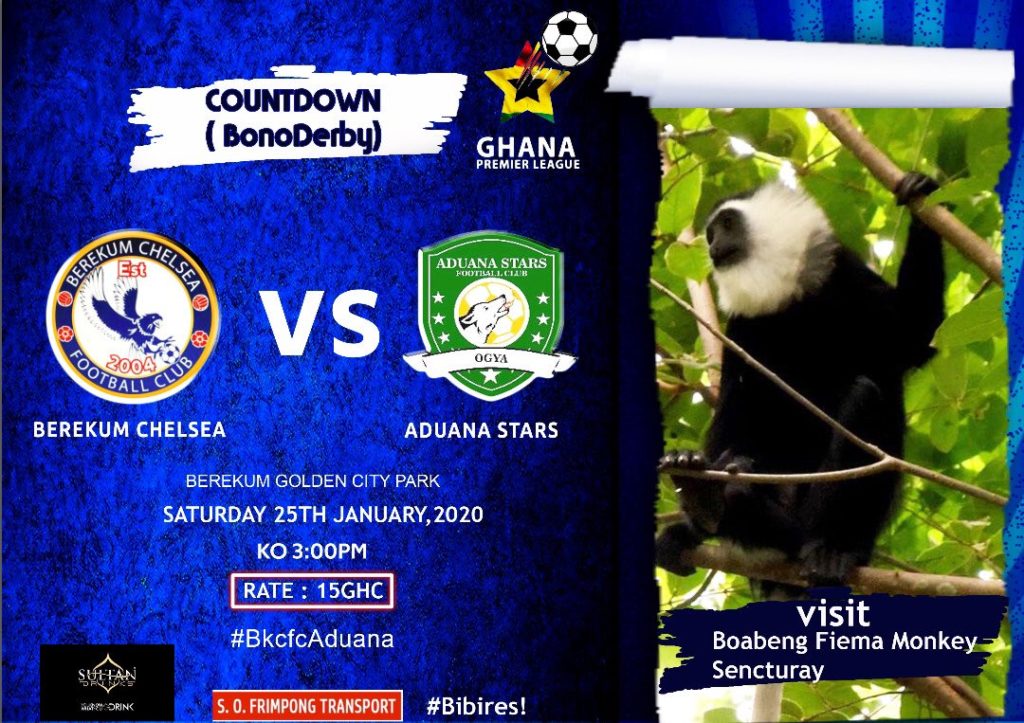 Chelssa will hope to continue their impressive form in the league having breezed past tough opponents such as Hearts of Oak, Asante Kotoko and AshantiGold at away, and a clash against Aduana Stars at home will represent another stern test for the side.

The Blues have been equally impressive at home in the season after collecting four out of a possible six points.

However, Aduana Stars go into the game on the back of their superb form after winning four wins out of their five matches in the campaign.

The only defeat for the Fire Boys came shockingly at Eleven Wonders in Week 4.

In the latest head-to-head, Berekum Chelsea played Aduana Stars in 2018 in a Premier League clash. The score was a 1-1 draw.

These teams have met 16 times in the last ten years. Berekum Chelsea have won in 6 of these head-to-head matches; Aduana Stars have won 6 of these clashes. A stalemate has occurred 4 times.

Reviewing the home ground performance in this match-up, whichever side has been home has won 37% of the matches between them. The visiting side has won 37% in this head-to-head record.

Sitting atop of the league with 13 points are Berekum Chelsea.

There is a total of 5 matches played by the home team this season. They have 4 wins and 1 draw. In other words, Berekum Chelsea have won 75%, drawn 25%, and lost 0% of their recent matches.

Over this period, they have scored 0.75 times per match, on average, while conceding 0.0.

Their home scoring record for this period shows that their average number of goals scored is 0.5. They have conceded 0.0 on average.

In their last ten matches they have scored 9 goals and in this time they have a win rate of 50%. Of those ten matches, 3 of them have seen both sides score. The total number of matches with over 2.5 goals scored is 2 from these ten.

They are on a run of 5 clean sheets in a row.

In 2nd place in the league with 12 points are Aduana Stars.

Over this 12-month period, they average 1.75 goals per match. They have conceded an average of 0.5.

When on away turf over the last year, their average number of goals scored is 0.5. They have conceded 0.5 on average.

In their last ten matches they have scored 10 times and in this time they have a win rate of 40%. The frequency of matches in which both Aduana Stars and their opposition have scored is 3 out of the ten. There has been 5 matches with two goals or more.