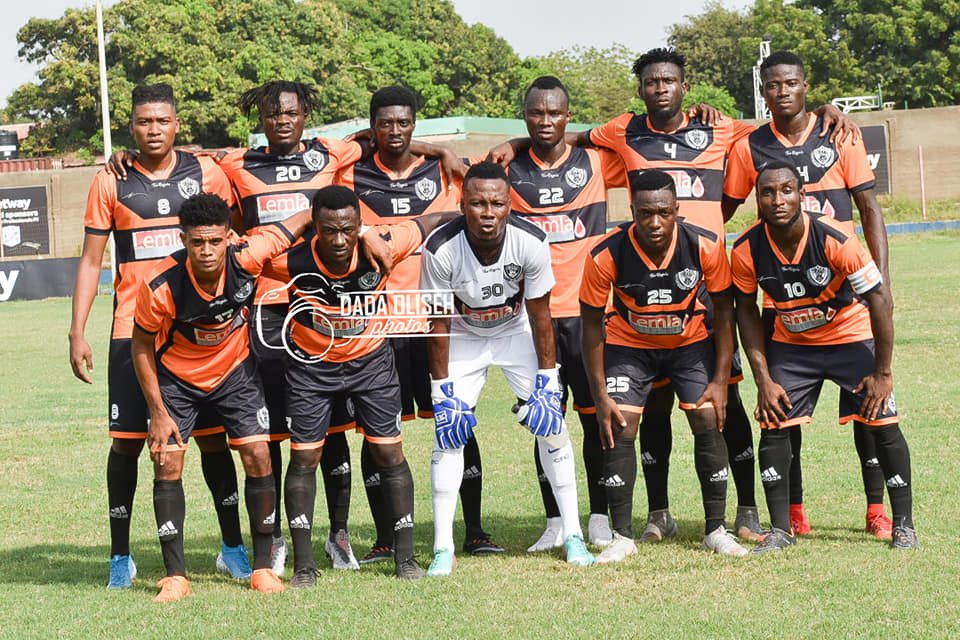 Legon Cities are desperate to record their first win in the 2019/20 Ghana Premier League season and have vowed to beat Bechem United in this match day six fixture to be played at the Accra Sports Stadium.

The Royal club have accrued three points after match day five as they have recorded three draws and two defeats (D3,L2) in the ongoing season.

The team has set its sights on winning their first game of the season today against an impressive Bechem United team.

Speaking ahead of the game, Legon Cities forward, Panagiotis Papadopoulos says fans of the club should expect a first win from the club when they face Bechem United on Friday.

But the Ghanaian born Greek attacker insists the team is poised for their first win against the Hunters.

“Yes we want to win on Friday, we are preparing very well and we are listening to what are coach is saying to us,” he said at the club’s pre match conference.

“We going into the game very strong minded and we are going to win the game, God willing on Friday’

Meanwhile, Bechem United are having a good run this season as they have recorded three wins out of five games played so far.

Bechem United have an experienced side heading into this game and can cause an upset against Legon Cities in this fixture.

Kick off is at 6pm today.