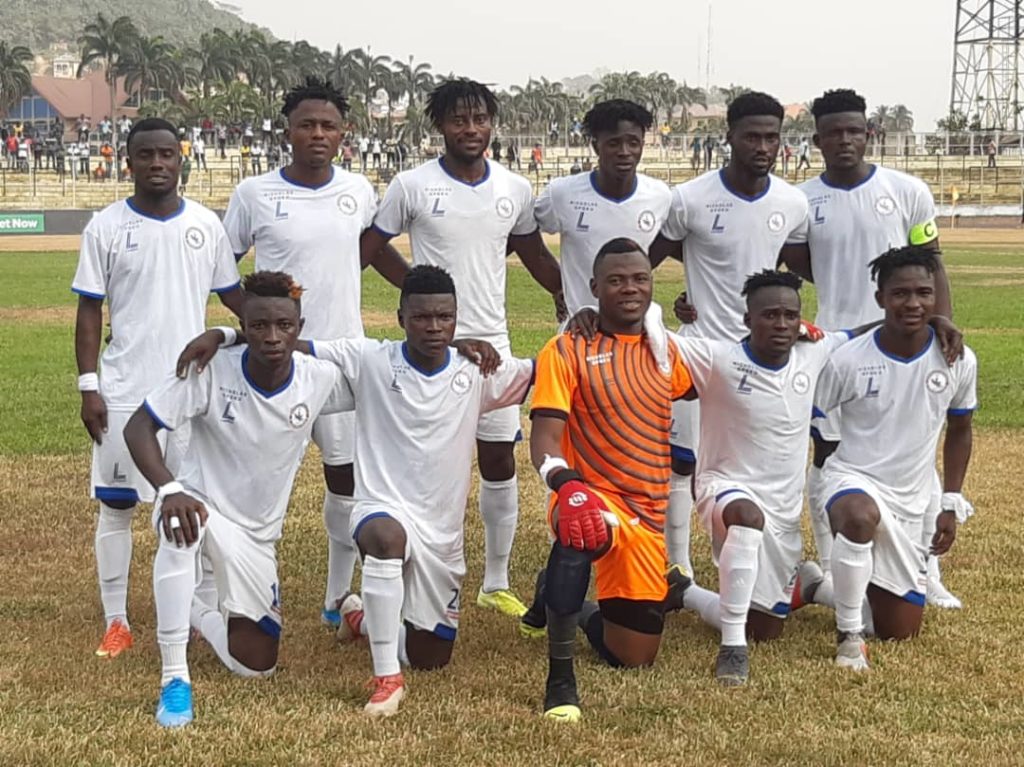 A late Pius Yeboah goal secured a point for Aduana Stars against in-form Berekum Chelsea on Matchday 6 of the Ghana Premier League on Saturday afternoon.

The Blues have been tagged the giant killers of Ghana football following their wins against Hearts of Oak, Asante Kotoko and AshantiGold.

The Berekum lads were the bookies favourites going into matchday 6 after their strong start to the campaign.

The hosts did not disappoint by hitting the first goal of the game in the 17th minute through Stephen Amankona’s penalty.

Aduana however came back from recess with the determination of getting something out of the match by improving their passing play.

The Fire Boys’ improved second half paid off and deservedly pulled level via substitute Pius Yeboah in the 87th minute to break the hearts of Chelsea fans at the Berekum Golden City Park.

The result did not change the two teams standings as they maintain their 1st and 2nd position respectively.