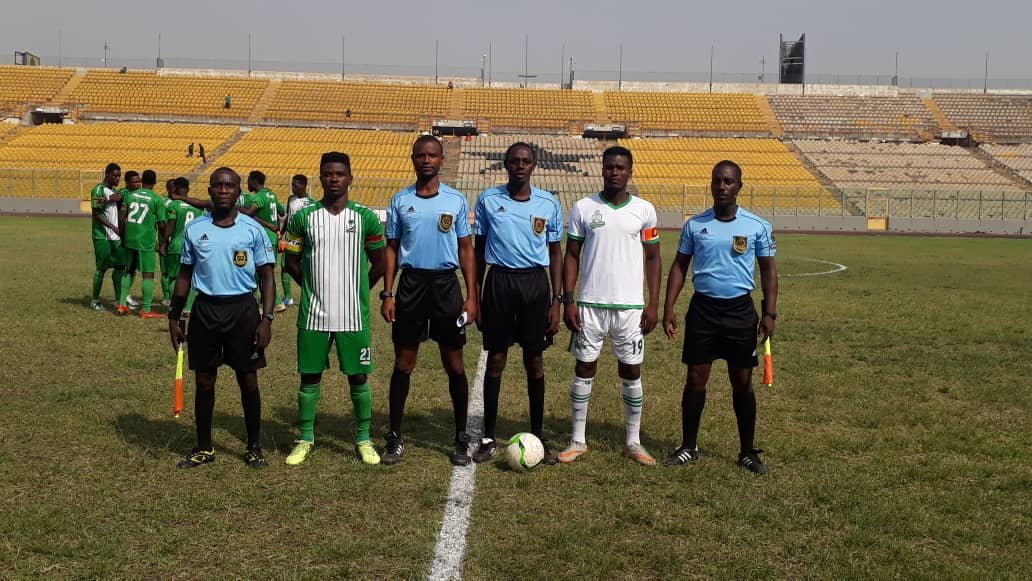 King Faisal Babes will have to wait for at least another week to search for their first win of the season as they were held at home by Elmina Sharks FC at the Babayara stadium on Saturday.

Sharks extended their unbeaten streak to five as they came from a goal down to draw 1-1 with the Green and White outfit.

Ransford Koufie was handed his first start the season and goalscorer Kwame Peprah making a return from suspension.

The visitors were the better side in the first period of the encounter but failed to create any opportunities.

King Faisal opened the scoring just a minute into the second half through Kwame Peprah connecting a pass from Osman Ibrahim.

Ibrahim dribbled past two defenders to set up Peprah after he snatched the ball from the opponents seconds after kick-off.

Alhaji Mustapha grabbed the equaliser for the visitors in the 68th minute with a well taken goal.

The result see King Faisal remain in the relegation zone whereas Elmina Sharks leapfrog Hearts of Oak to the 10th position with a goal difference advantage.