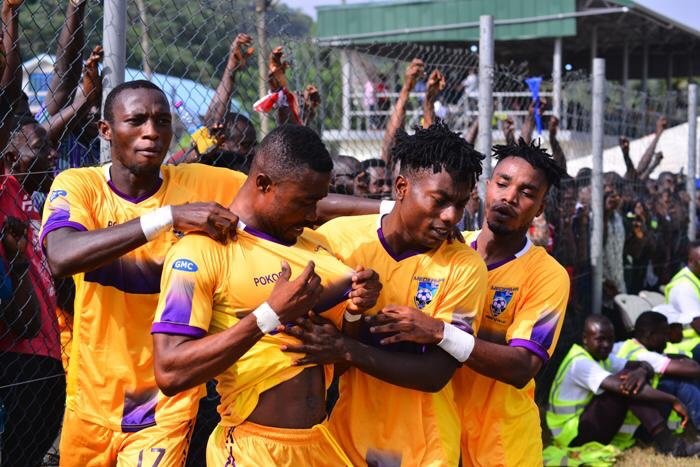 Medeama SC returned to winning ways with a vital 1-0 victory over AshantiGold SC at the Tarkwa Akoon park on Saturday.

Prince Opoku Agyemang's fourth goal in three games at home was enough for the Mauve and Yellows to bounce back from last week's stumble.

The Mauve and Yellows welcomed back Kwasi Donsu in the start list as he replaced Michael Yeboah.

Left back Philip Osei returned from injury to take up his position in the starting lineup for Samuel Boadu's side.

Kasim Gökyildiz make his maiden appearance at the dugout for the Miners made one alteration to the squad.

The suspended Abdul Latif Anabila made way for central defender Musah Mohammed as Razak Simpson was pushed to the midfield to partner James Akaminko.

Two top saves by goalkeeper Frank Boateng prevented Medeama from getting the opener in the first half.

The hosts finally broke the deadlock in 66th minute after Agyemang scored from the spot to give them the lead.

Medeama held on to the one goal to claim all three points to move to retain their third position on the league standings but will be levelled on points with second placed Aduana Stars.