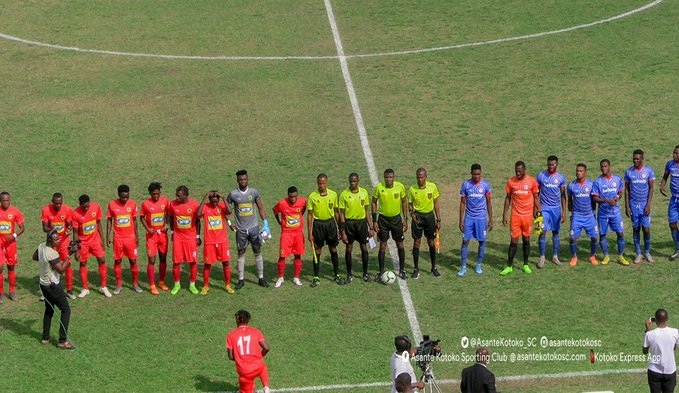 Asante Kotoko failed to make home advantage count as they were held to a 1-1 draw by Liberty Professionals at the Baba Yara Stadium in Kumasi.

The Porcupine Warriors needed a fortuitous 85th-minute goal by William Opoku Mensah to salvage a point and deny Liberty a second straight victory.

The Scientific Soccer Lads looked on course to another three points on the road after shocking WAFA last weekend when Tamimu Muntari put them ahead in the 56th minute.

They had two clear cut chances in between 81st and 83rd minute to seal the victory but Elvis Kyei Baffour on all two occasions shot straight at the goalkeeper.

A few minutes later, Kotoko equalised. Patrick Yeboah played a lofted pass to William Opoku Mensah who took advantage of a miscommunication between the Liberty goalkeeper and a defender to head home.

Kotoko will feel disappointed having come into the game with so much confidence following last weekend's super clash win over arch-rivals Hearts of Oak.

The draw leaves them outside the top four in 6th while Liberty are 10th.