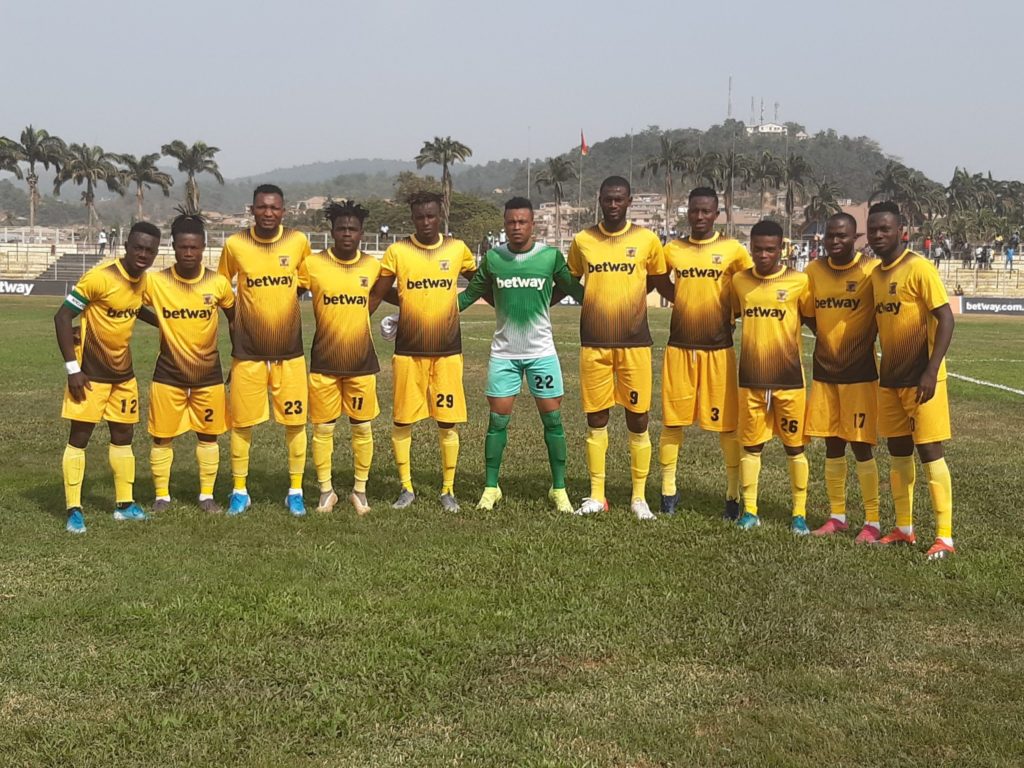 AshantiGold SC got back to winning ways after a hard fought victory over Ebusua Dwarfs on Sunday at the Len Clay stadium.

Defender Samed Ibrahim's solitary strike in the second half proved enough for the Miners to clinch all the match points.

Back from suspension Abdul Latif Anabila also came in for Razak Simpson.

The guests had just two alterations to their squad as Simon Martey and Osman Mohammed replaced Amos Korankye and Jacob Ampratwum in the starting lineup.

On the half hour mark, McCarthy's shot from the edge of the box forced goalkeeper Razak Issah to make a spectacular save prevent the opener from AshantiGold.

Goalkeeper Issah made another crucial save to deny the hosts from a free-kick perfectly delivered by McCarthy in the 52nd minute.

Issah with another sumptuous save stopped another McCarthy free-kick to prevent the AshantiGold from getting the opener in the 75th minute.

Few seconds later central defender Ibrahim broke the deadlock to put the home side in front.

The Crabs came back stronger to look for the equaliser but goalkeeper Frank Boateng denied them with two good saves.

AshantiGold travel to Accra to face Hearts of Oak in the next fixture on Thursday as Ebusua Dwarfs will host league leaders Aduana Stars in Cape Coast on Wednesday.