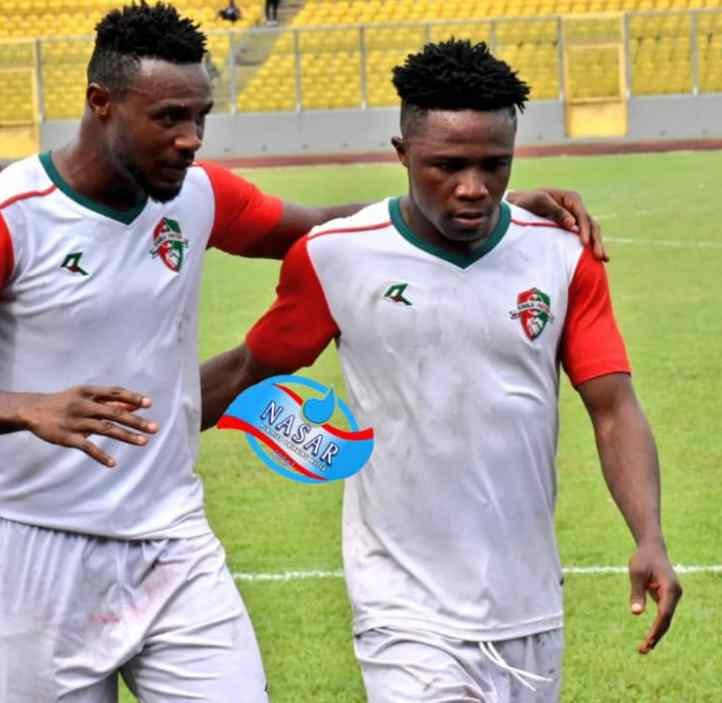 Karela United FC recorded an emphatic and well deserved 3-0 win over Legon Cities FC on Friday at the Akoon park in Tarkwa.

It is the second victory of the season for the home side as they rebound from a three-match winless streak.

Two goals from top marksman Diawisie Taylor and another from Samuel Ofori handed all the match points to the home side.

Enos Kwame Adipah made changes to his lineup as handed a debut to Samuel Frimpong who is on loan from Asante Kotoko SC.

Cities also had Stephen Ayiku Tetteh earning his first start of the season as he replaced Yussif Fadili in defence.

Talisman Taylor finally broke his goal duck after 540 minutes as he connected a pass from Abega Ofosu to put the hosts in front in the 31st minute.

Ten minutes later Ofori increased the tally for Karela United after he calmly slotted home a cross from left back Shaibu Iddrisu.

It was Taylor again who beautifully struck the back of the net in the 80th minute to seal the victory for the Pride and Passion lads.

Karela United leapfrog five teams to move to the 10th position on the league table whilst Cities drop one place to the 15th position.