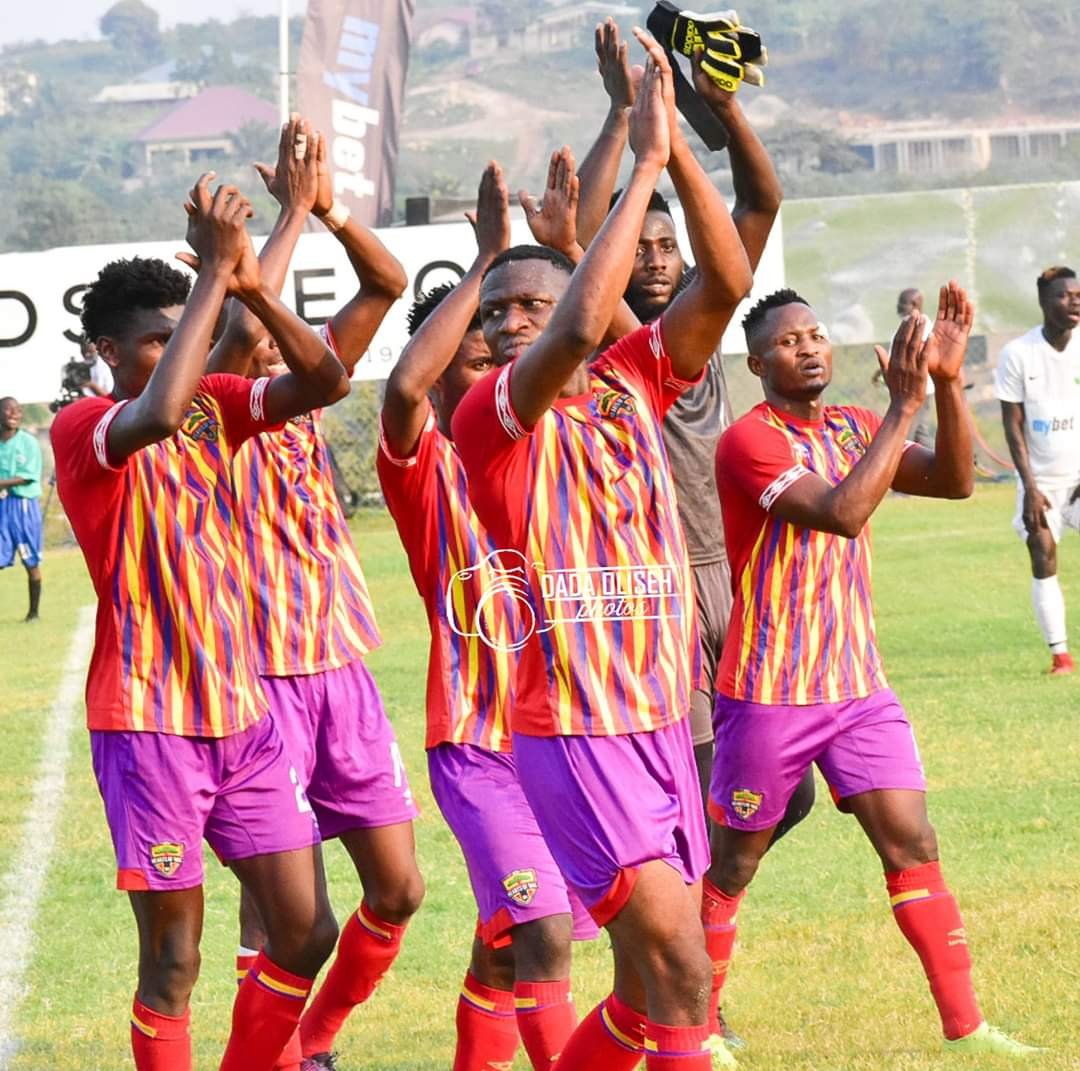 Hearts of Oak recovered from the defeat they suffered to bitterest rivals Asante Kotoko SC with a 1-0 vital win at Dreams FC on Sunday.

A solitary strike from Kofi Kordzi did the trick the Phobians.

Hearts of Oak will tackle AshantiGold SC at the Accra sports stadium on Thursday night.

The Phobians overcoming the Miners will see them record back-to-back wins for the very first time this season.

The home form of the Rainbow lads doesn't look really well as they have managed just one win at the Accra stadium this campaign and have lost all the other two.

Hearts of Oak are currently sitting 10th place on the league table and could end up in the top four it they clinch victory over the Gold and Black side.

Edward Nii Odoom will have a fully strength squad at his disposal for the crunchy fixture on Thursday.

AshantiGold SC face a long trek to the capital to take on Hearts of Oak on Thursday night following a hard fought 1-0 win at home against Ebusua Dwarfs last weekend.

Kasim Gökyildiz's men will be looking to continue their dominance over the Phobians at the Accra sports stadium.

The Miners have not lost to Hearts of Oak at away in the premiership since 2014.

AshantiGold have two wins and two draws from four visits to Hearts of Oak within this period.

The Gold and Black outfit will be without key midfielder James Akaminko since he received his 3rd caution last Sunday which rules him out of this fixture due to suspension.

Samed Ibrahim is expected to maintain his central defence position after he netted the match winner in his first start of the season last weekend.

Mark Agyekum is still nursing an injury and is out of this game.