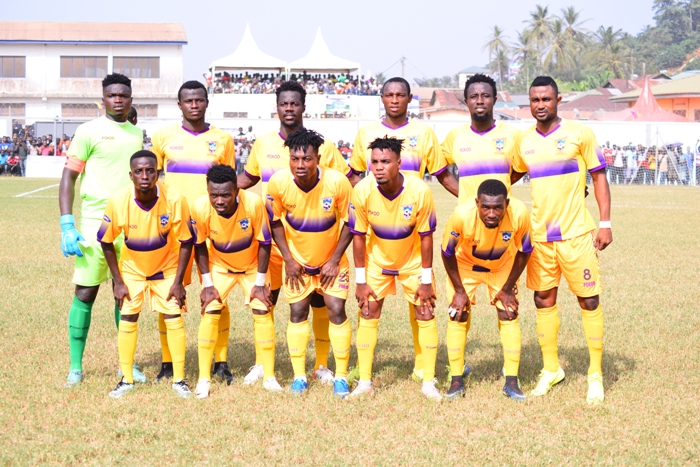 Medeama will be without their talisman Prince Opoku-Agyemang ahead of their Ghana Premier League match against Bechem United on Wednesday.

The striker, who has netted four times for the Mauve and Yellows, is suspended for the match due yellow card accumulation.

He picked up cards against Hearts of Oak, Asante Kotoko and Aduana Stars.

The team will have to forge a win without the influential striker.

Medeama will desperate for the maximum point after their 1-0 defeat at Aduana Stars.

The Tarkwa-based side remain third on the table and require a win to cushion their point build-up.

The come up against a side which has been impressive all season.

United are now unbeaten against their regional rivals in the top-flight after beating Eleven Wonders, drawing with Aduana Stars and Sunday's 2-1 win over Berekum Chelsea.

Bechem United will count on red-hot striker Prince Kwabena Adu who has raked in six goals so far in the season.