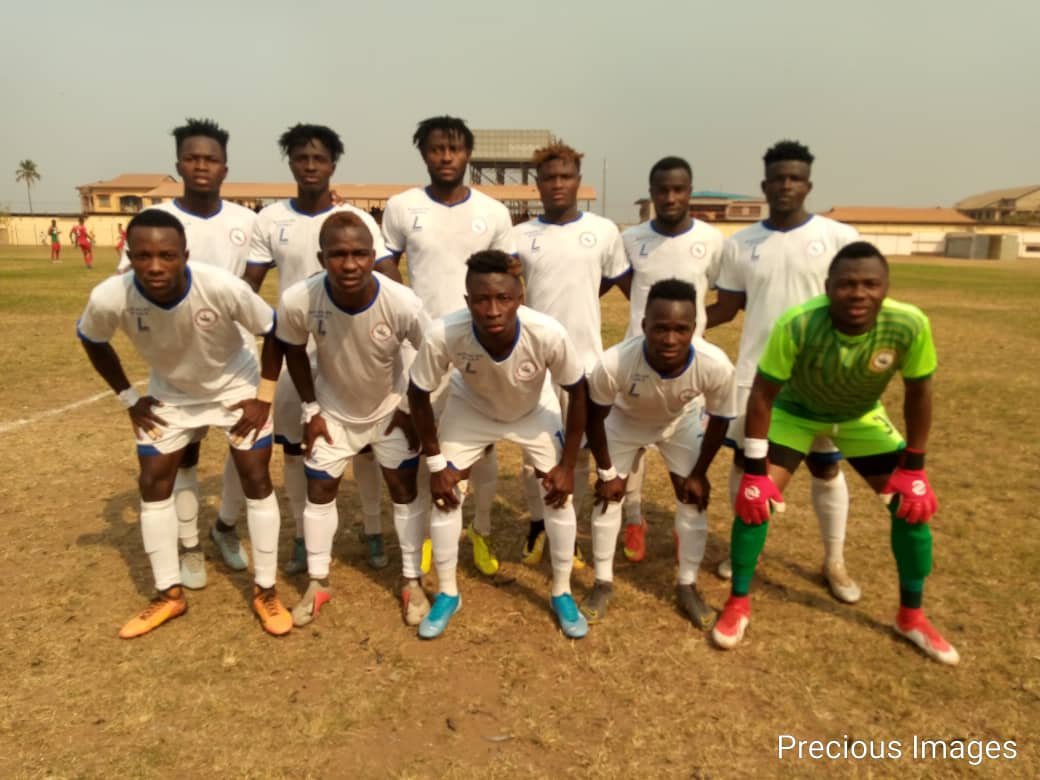 Berekum Chelsea reclaimed top spot of the league table after they pipped Karela United by 1-0 at the Golden City park on Wednesday.

The Bibires were bouncing back from their 2-1 slumber to Bechem United last Sunday in the regional derby.

Zackaria Fuseini's free-kick strike in the second half separated the two sides.

Asare Bediako made two changes to his squad that lost to Bechem United on the weekend.

The away side also made two alterations to their set up with Darlington Gyan Fosu and Abubakar Mohammed taking the places of Abega Ofosu and Shaibu Iddrisu.

The first half was virtually a balanced exchanges with none of the teams creating meaningful opportunities.

The hosts got their noses in front 10 minutes into the second when centre back Fuseini's well taken free-kick beat goalkeeper Isaac Hagan.

The home side move to the summit on the log as they leapfrog Aduana Stars with the vital victory.

Berekum Chelsea will be travelling to Elmina Sharks on Sunday.

Karela United FC will play as hosts to Medeama SC at the Akoon park in Tarkwa in a regional derby.