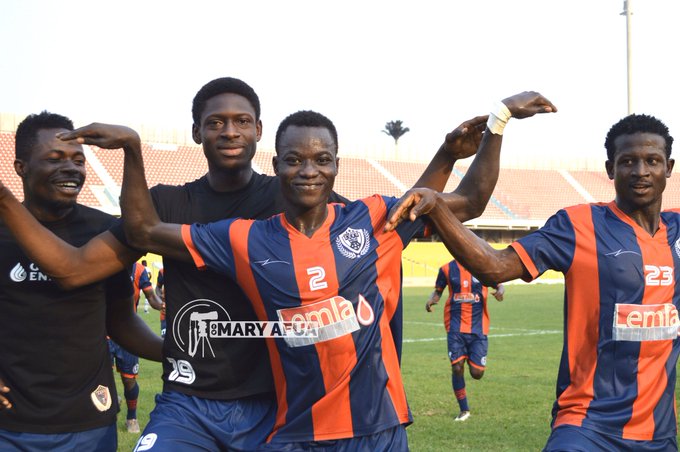 After a barren and lackluster first half, the game exploded in the second half with both side creating chances.

Defender Ahmed Rahman of Legon Cities had to be replaced in the first half after colliding with an Elmina Sharks player just 20 minutes into the game.

Legon Cities had some chances they failed to take moments later.

In the second half it was an even game, with Cities enjoying more of the possession.

However, it was from a corned that the Royals had a penalty awarded them, when Nicholas Opoku's header was handled in the box.