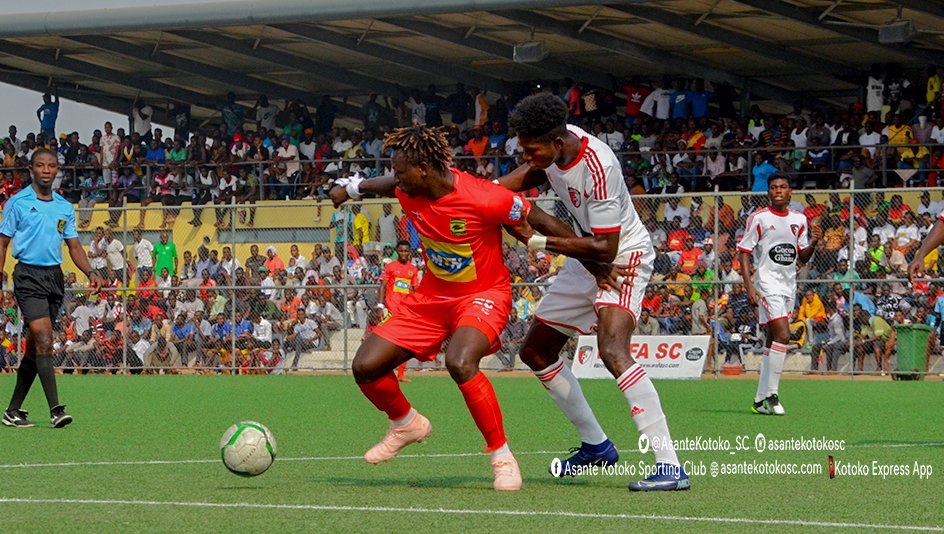 Asante Kotoko are under pressure to return to winning ways as they make the trip to Dawu to face Dreams FC in week 9 of Ghana Premier League on Sundy.

Kotoko haven't won a match after their super clash victory against Hearts of Oak last month.

They were held to a 1-1 stalemate in Kumasi before playing out a goalless draw with WAFA in Sogakope in midweek.

Their failure to win the two games have left fans disappointed and they must respond against Dreams at the Theatre of Dreams.

"I can't promise a win but we will always go out there and do our best," Kotoko coach Maxwell Konadu told reporters after WAFA draw on Wednesday.

However, Dreams will be buoyed by their midweek win to extend the Porcupine Warriors winless run.

After losing 1-0 to Hearts of Oak, Dreams produced a fine performance to overcome Liberty Professionals and will be hoping for a second straight victory.

This will be the fourth meeting between two teams. Kotoko have won two of the previous three.