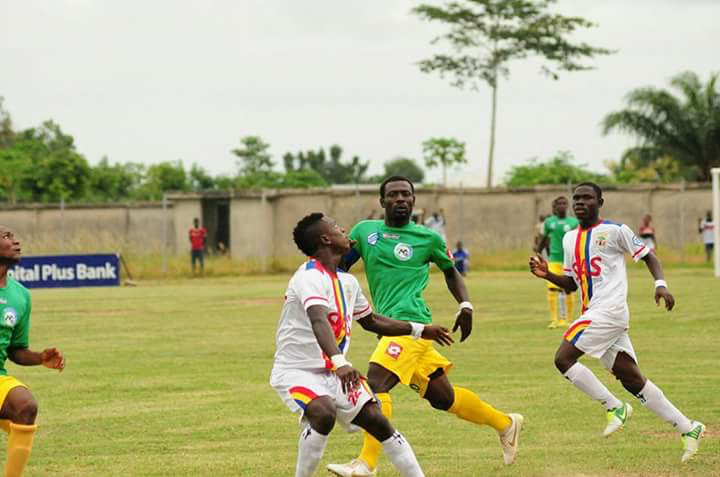 Hearts of Oak travelled to Dormaa to share the spoils with Aduana Stars on match day 9 of the Ghana Premier League.

Aduana made the first real threat of the game after calling goalkeeper Richard Attah into action, when top marksman Yahaya Mohammed was put through.

Few minutes later, Hearts had an opportunity of their own after teenager Daniel AAfriyie's overhead kick flew inches wide.

Richard Attah again came to the rescue of the Phobians after denying Yahaya Mohammed from a powerful freeckick.

Joseph Esso had a chance to put the Phobians into the lead from a freekick but his curling strike went wide before Raddy Ovouka's swinging cross from the left was dealt with by the Aduana defence.

The Phobians returned from the break a very determined side with striker Kofi Kordzi hitting the upright from a ferocious strike following a good team move.

The Phobians kept probing the Aduana defense with Benjamin Afutu heading wide from a Fatawu Mohammed cross, and the latter had a low drive nearly breaching the backline of the Ogya Boys.

Both sides became cautious with time running out as the game ended in a goalless draw.