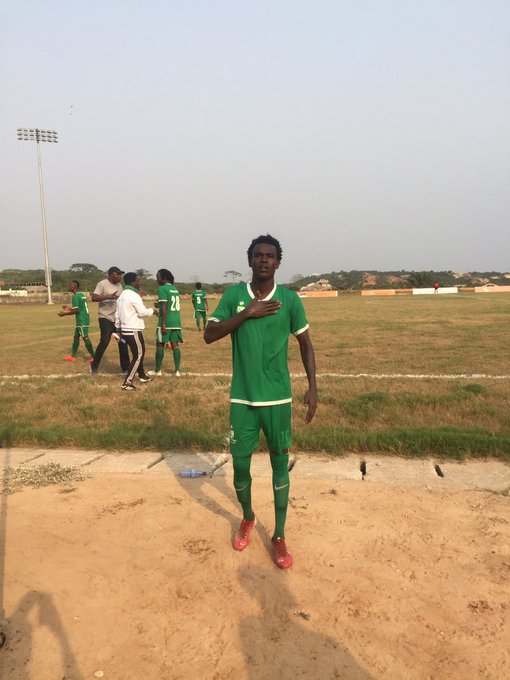 Benjamin Boateng's hat-trick for Elmina Sharks condemned Berekum Chelsea to their second defeat in Week 9 of the 2019/20 Ghana Premier League on Sunday.

The Sharks went into the game with the hope of picking their second win in the campaign after eight round of matches.

Yaw Acheampong's men were given an early boost after Benjamin Boateng put them ahead with just 6 minutes on the clock.

But the lead did not last as Kofi Owusu pulled parity for the Blues with a superb strike on the 15th minute mark.

However, Sharks regained their advantage in the match after Boateng popped up with a close finish in the 58th minute before sealing the victory in the 66th minute.

It was the second loss on the road for the Blues in the league after winning their opening three away games against Hearts of Oak, Asante Kotoko and AshantiGold SC.

The win sent the Ndoum Stadium outfits to 10th on the standings with 11 points while Chelsea maintain their lead at the summit with 17 points after 9 round of games.