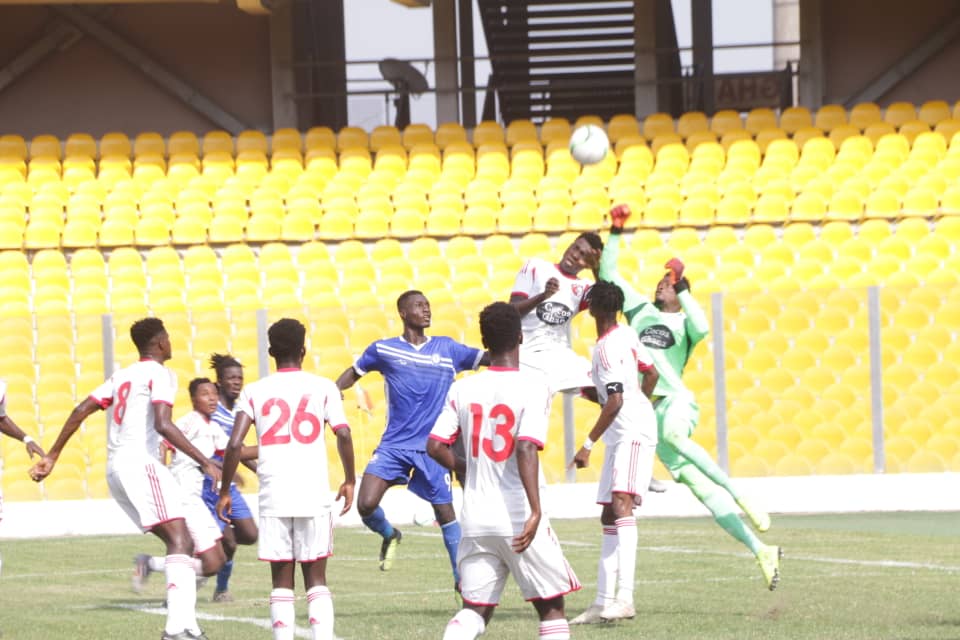 WAFA SC produced another close-to-perfect away performance to beat Great Olympics 1-0 in Accra to end their four-match unbeaten run.

The Academy Boys are also unbeaten in four away matches after winning at the Karela and drawing at Elmina Sharks and Inter Allies.

Eric Asamany collected a pass from Forson Amankwah and he dribbled past two Olympics defenders before slotting it past the goalkeeper.

Two minutes later, Asamany was put through again but he squandered that opportunity.

Before the break, Sampson Agyapong tried to his luck with a home after collecting a threaded pass from Forson Amankwah.

In the second half, WAFA were resolute while Great Olympics kept threatening but they did well to thwart every effort.