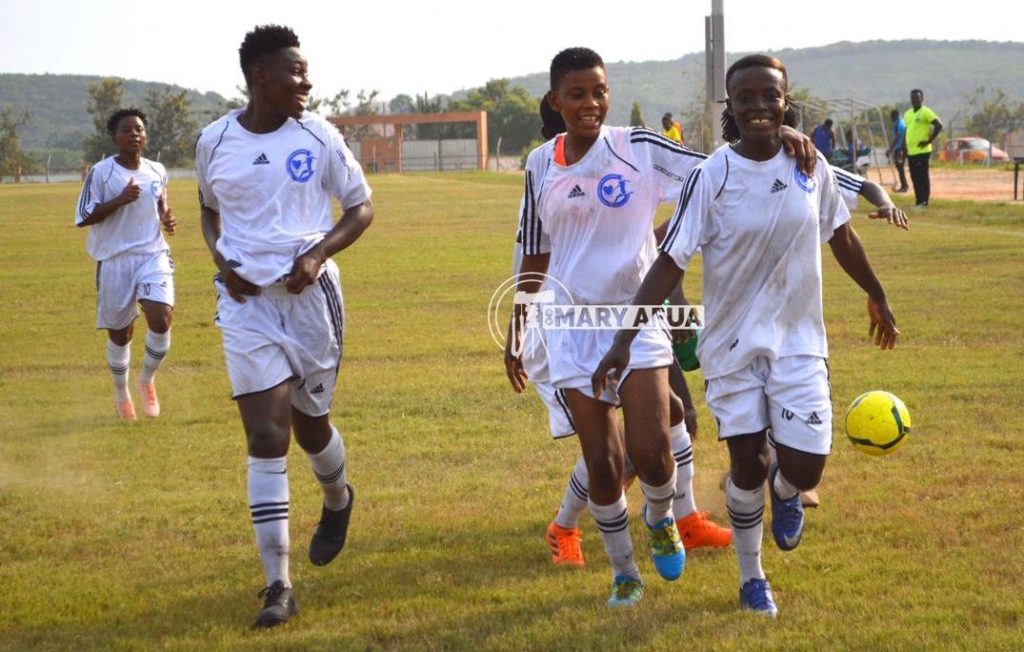 Samaria Ladies rallied from behind to pick a crucial away draw against the star-studded Sea Lions at the Nduom Sports Stadium at Elmina.

A goal in each half of the game resulted in both teams sharing the spoils.

With experienced Referee Theresah Bremansu in the centre, both teams battled hard for whatever points were at stake.

A sensational 42nd minute strike from centre circle by Dorcas Kumiwa Addei gave the homesters the lead which they took into the break.

After several attempts at goal, Samaria Ladies grabbed their deserved equalizer in dramatic fashion following Ramsha Adams’ exquisite finish in the second half.

At the end of the the duel, Blessing Agbomadzie of Sea Lions was awarded NASCO Player of the Match. However, it was a point dedicated to Samaria Ladies’ manager Anas Seidu Thunder who was celebrating his birthday.