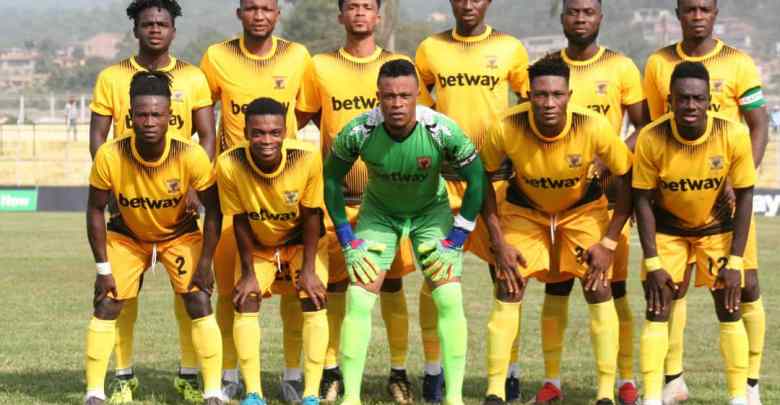 With ten matches played in the Ghanaian top-flight, unfancied Ashgold are topping the table which has come as a big surprise to pundits because.

Bold predictions by football experts, like the ones on this page, before the start of the competition pointed to the prospects of Asante Kotoko, Aduana or Hearts of Oak winning the league title.

This has sparked bookies to put up juicy offers for the Ghana Premier League similar to the PMU promo code offering by some of the top international bettors on the top leagues of the world.

But so far it looks like AshGold have outwitted these projections by leading all the aforementioned three clubs for the title even though the trio are firmly in the race.

At the significant stage of the competition where ten matches have been played by all the clubs, the Obuasi-based side are tired in 18 points with Kotoko but are ahead of the Porcupine Warriors thanks to their impressive goal difference.

They are closely followed by Medeama, Aduana and Berekum Chelsea who are all just one point adrift of the leaders with 17 points while Hearts of Oak and WAFA are placed sixth and seventh positions respectively but both have 15 points apiece.

Dreams FC, Elmina Sharks, Inter Allies and Bechem United have all got 14 points which means that the 11th placed team on the table is just four points adrift of the league leaders.

This points to a very tight race as a draw and a defeat for one of the two leading teams could completely alter the trajectory of the league.

It brings to the fore the fact that the race for the league this year would perhaps be the tightest we have seen in many years in the Ghanaian top-flight.

The remaining matches before the first round ends cannot provide a clear indication of which club would win the league title because the results of the matches this term have been highly unpredictable.

While focusing on the top spare a thought for the relegation threatened clubs at the this stage as one bold prediction could be the relegation of bottom-placed club King Faisal who have just four points after ten matches.

Great Olympics, Dwarfs, big-spending Legon Cities and Karela would have to back up lest their fate could the second tier next season as their rivals are keen on picking up points to avoid the dogfight normally associated with matches in the second half of the season.