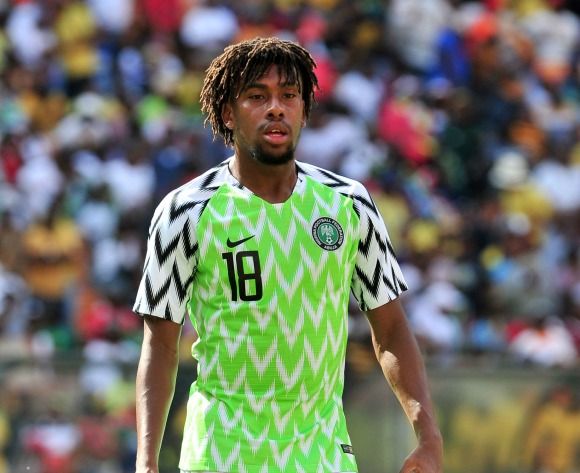 Iwobi Alexander Chuka of Nigeria during the 2019 African Cup of Nations Qualifier match between South Africa and Nigeria at FNB Stadium, Johannesburg on 17 November 2018 ©Samuel Shivambu/BackpagePix

Nigeria will look for a dominant performance in their 2019 Africa Cup of Nations Group B opener against rookies Burundi on Saturday 22 June at the Alexandria Stadium.

The Super Eagles have been absent from the last two editions of the AFCON, but under German manager Gernot Rohr they have secured a return to the top table of African football.

Nigeria finished top of Group E in the preliminaries (ahead of South Africa, Libya and the Seychelles) and enter the 2019 finals as one of the favourites for the title.

The West African heavyweights won their third Nations Cup title in their last appearance in 2013, though only veterans John Obi Mikel, Ahmed Musa and Kenneth Omeruo remain from that victorious squad.

Such is Nigeria’s strength that they have been able to leave out Kelechi Iheanacho due to relative lack of game time at his club Leicester City, while Victor Moses was not even available after retiring from international football.

Their opponents Burundi are something of an unknown quantity at this level, with the 2019 AFCON marking their major tournament debut.

The Swallows secured qualification by finishing as runners-up to Mali in Group C of the preliminaries.

The East Africans boast stars such as Gael Bigirimana and Saido Berahino, while they will also play in honour of the late Papy Faty, who passed away earlier this year.

In head-to-head stats, Nigeria and Burundi have met in just one previous match: an AFCON qualifier in January 1999 which the Super Eagles won 2-0 at home.

The match was later annulled when Nigeria was awarded the hosting rights (alongside Ghana) for the 2000 finals and withdrew from the preliminaries.