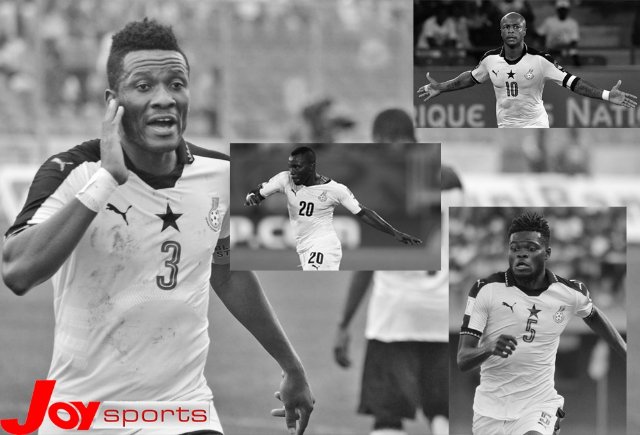 “All the players have done so well in training and I wish I could take all of them to Egypt”.

The words of head coach Kwesi Appiah hours before he released his final squad for this year’s Africa Cup of Nations in Egypt.

Due to Musah Nuhu’s earlier injury, five instead of six players were going to be sacrificed in order to make the 23-man cut. The five players were: Majeed Waris, Mohammed Alhassan, Yaw Yeboah, Ebenezer Ofori and Abdul Fatawu.

He had an incredible season for Maritzburg as he kept 10 clean sheets in 33 appearances. He has been Ghana’s number 1 in the past two years and is set to still be within the sticks in Egypt.

He wasn’t a constant feature in French Ligue 2 but always managed to do the job when called upon. He conceded 12 goals in 11 appearances, keeping 3 clean sheets.

One of Kotoko’s key players this season throughout the Confederations Cup to the NC Special Competition. Felix Annan has been a revelation after scintillating performances this season.

Not a fan favourite but Boye found himself in the Ligue 2 team of the season amassing 38 appearances for Metz, who secured qualification to the French top-flight.

A key player in the Reading side who escaped relegation in the Championship. 48 matches, one goal and four assists prove why Yiadom will be in Egypt.

Two appearances with Schalke before mid-season left Rahman in the dark. However, a late resurgence after a loan move to Metz which saw him make 11 appearances.

He made 8 appearances for Sporting CP and then finished the season on loan at Göztepe making 11 appearances.

He missed over a month of action after sustaining an injury earlier in the season. He bounced back strongly and made 16 appearances for Hoffenheim.

He has been a rock at the back playing 94% of Columbus Crew’s matches in the MLS. He also kept 4 clean sheets during that period.

A versatile player who despite being primarily a centre back, he can also play as a right back and a defensive midfielder. He played a bit-part role this season featuring in 15 games for Basaksehir.

Enjoyed a fruitful season in Spain playing 29 matches for Alaves. He also chipped in with a goal and assist playing from deep.

Voted as the Best Sports Personality by the Sports Writers Association of Ghana. One of his best seasons in an Atletico Madrid shirt as he contributed to 7 goals in 42 matches from midfield (3 goals, 4 assists).

He was very involved this season for Inter Milan playing over 3,500 minutes of football. The 30-year-old was used as a left back at club level but according to several reports, he will be playing the centre of midfield for the Black Stars.

An injury-stricken season saw the winger miss 23 games due to a hamstring injury. He only made 1 start in the Scottish Premiership alongside 4 substitute appearances. 4/10

A solid season from the former Torino midfielder. He was in the starting eleven of Empoli for 50% of their games (28 appearances) and managed 2 goals in the process. 6.5/10

Despite scoring 6 goals for Fernabache, the new Ghana captain witnessed a drop in form and his last goal came on 1st February 2019.

A goal against Liverpool was his highlight of the season but more was expected from Ghanaian winger in terms of consistent performances.

Scored 26% of Cukaricki’s goals last season. A breakthrough season for the 23-year-old as he scored 7 goals and provided 10 assists in 33 matches. The highest goal contribution by any member of the squad.

Not the most consistent season for veteran Ghanaian striker Asamoah Gyan. Despite failing to start a league match all season, Gyan scored 3 goals off the bench in his last 4 league appearances.

Two goals all season doesn’t speak well of the Crystal Palace forward. However, he usually played out of position in most of his 25 appearances for the club.

Burst into the international scene this year but on the club level, Ekuban has also shown some promise. He scored eight goals and provided three assists in 36 games for Trabzonspor.

The Leganes forward spent last season on loan with Salamanca CF where he scored 10 goals in 25 appearances.