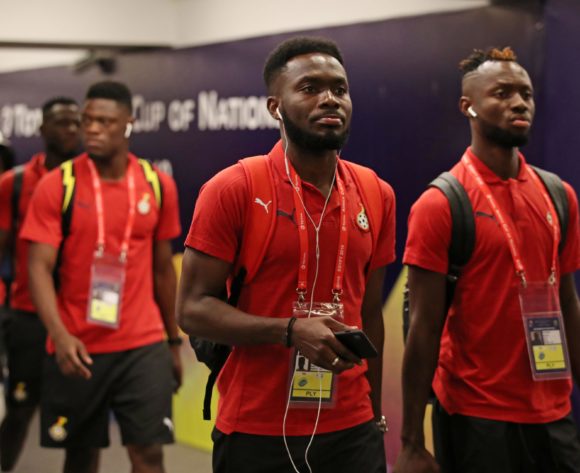 Ghana team arrival during the 2019 Africa Cup of Nations Last 16 match between Ghana and Tunisia at the Ismailia Stadium, Ismailia on the 08 July 2019 ©Muzi Ntombela/BackpagePix

The Black Stars of Ghana have arrived in Accra after their disappointing 2019 Africa Cup of Nations round of 16 exit.

The team touched down at the Kotoka International Airport in the early hours of Thursday morning.

Ghana were booted out of the competition at the round of 16 stage after a 5-4 penalty shootout defeat to the Carthage Eagles of Tunisia.

Having finished top of Group F, a lot was expected from the four times African champions who were on a quest to end Ghana's 37-year wait for the Nations Cup trophy.

However, the wait for the trophy has been extended to another two years.

The future of coach Kwesi Appiah with the Black Stars is yet to be known after fans called for his head for the team's abysmal showing in Egypt.

General captain Asamoah Gyan could retire after stating ahead of the tournament it was his last AFCON with the Black Stars.