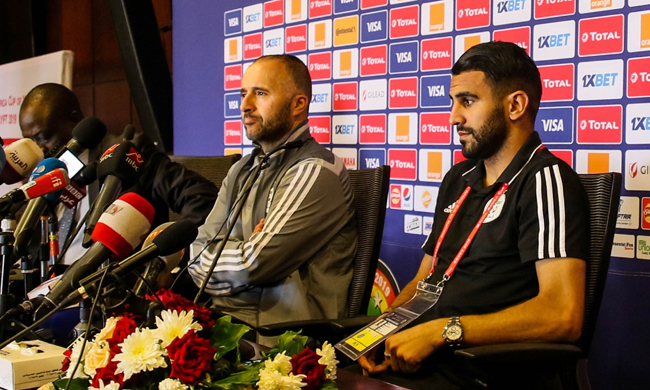 Algeria coach Djamel Belmadi says his side will not underrate Kenya ahead of their 2019 Africa Cup of Nations Group C opener on Sunday in Cairo.

Kenya are returning to the continental showpiece for the first time since 2004 and are less fancied to produce a good showcase.

They come up against the Desert Foxes who have in their fold former African footballer of the year and Manchester City star Riyad Mahrez.

"You must not take these (smaller) teams lightly," Belmadi said Saturday.

"We saw a balanced match last night (between Egypt and Zimbabwe). We've more than been warned."

"We're a team that is in the process of rebuilding and that wants to do well.

"To be favourites, you need to have to won at least once not on home soil. We were eliminated in 2017, we weren't at the World Cup. There is nothing there to say we are favourites.

"Obviously we have the desire to go as far as possible and why not win the trophy. That's our competition spirit, just like the other teams."

Algeria's only Africa Cup of Nations success was back in 1990 when they hosted an eight-team tournament.