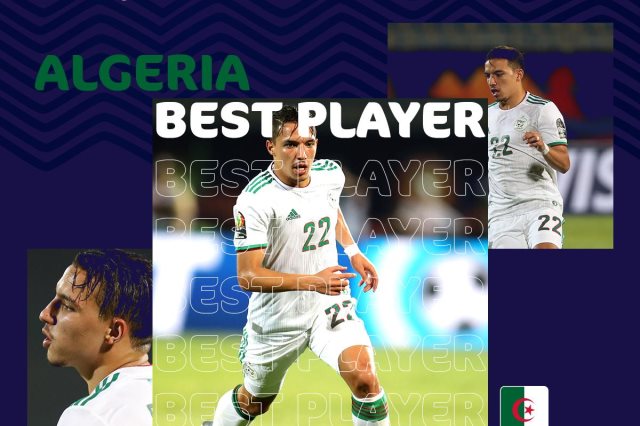 CAF have named Algerian midfielder Ismail Ben Nasser as the best player award after the first round of the 2019 Africa Cup of Nations.

“Lots of players shinned but there was only one player who showed up with exceptional performance,” the African Football Confederation (CAF) said in a report on its official Twitter account on Wednesday.

Ben Nasser emerged as the biggest star in the group stages, the Empoli Midfielder was a crucial part of his nation’s starting line-up and played a key role as Desert Foxes topped Group C.

He will hope to maintain his form in the knockout stages.