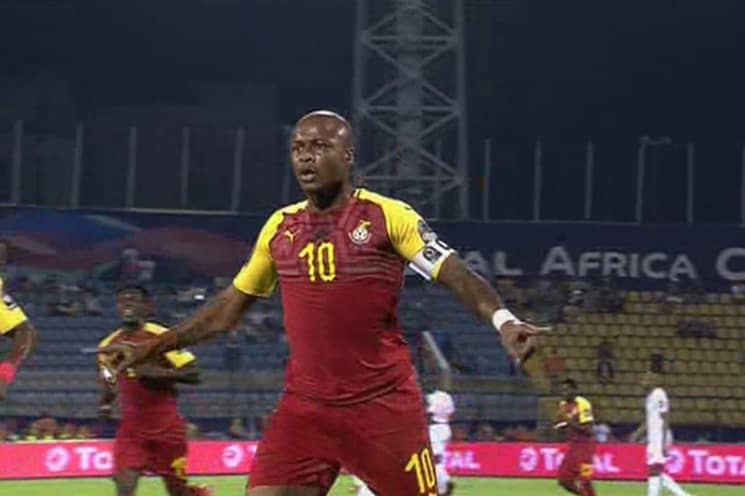 Ghanasoccernet.com understands that both players suffered knocks in Ghana’s game against Benin on Tuesday thus they sit out on the team’s recovery training today.

Thomas Agyepong was substituted in the early minutes of Ghana’s game against Benin which ended 2-2 on Tuesday at the Ismailia Sports Stadium.

Andre Ayew also had to sit out of training after picking a knock after yesterday’s game.

The Black Stars captain scored his ninth goal in the Africa Cup of Nations making him Ghana’s top scorer at the tournament.

Ayew got the equalizer for Ghana in the ninth minute after Piote had put Benin in front in the second minute.

Ghana takes on Cameroon on June 29 at the Ismailia Sports Stadium.