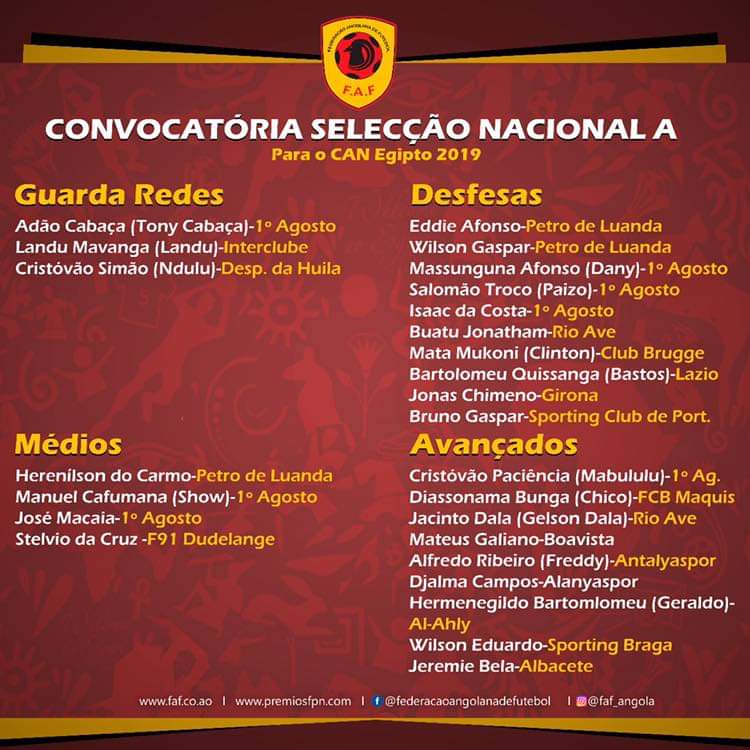 Angola coach Srđan Vasiljević has announced a 27-man provisional squad ahead of the 2019 Africa Cup of Nations to be held in Egypt next month.

The list consists of 13 foreign based and 14 home based players with Girabola champions Primeiro de Agosto have seven players included.

Bruno Gaspar and Jonas Ramalho Chimeno who have represented Portugal and Spain at youth levels also made the squad.

Jeremie Bela, born in France and once rejected a call up to play for DR Congo has also been invited ahead of the tournament in June.

Wilson Eduardo who scored on his debut in the last qualifying fixture against Botswana is also named in the squad.

The Palancas Negras will be making their 8th appearance in the Africa Cup of Nations, their first since 2013 where they exited the group stages.

They are drawn in Group E alongside Tunisia, Mauritania and Mali.