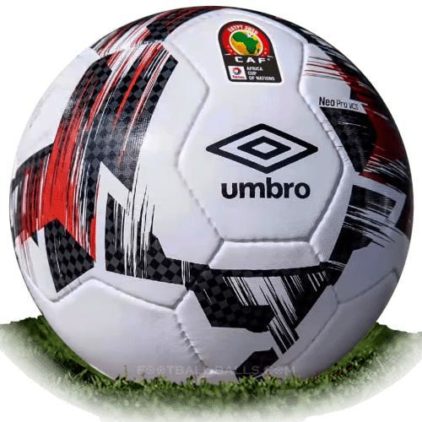 Ghana's squad has received thirty Umbro official match balls from CAF for the 2019 Africa Cup of Nations in Egypt.

The Black Stars used the new Umbro leather football during their friendly game against South Africa at the Police Stadium in Dubai.

Each participating country has been supplied 30 Umbro leather footballs to train with ahead of the tournament.

The essence is for all 24 countries to get accustomed to the round ball before the start of the tournament on 21 June, 2019.

The evolution of African football is visible in the development of the AFCON ball, which has gone from a leather-bound pig's bladder to the high-tech, synthetic spheres we see sold in stores and marketed around Africa and the rest of the world.