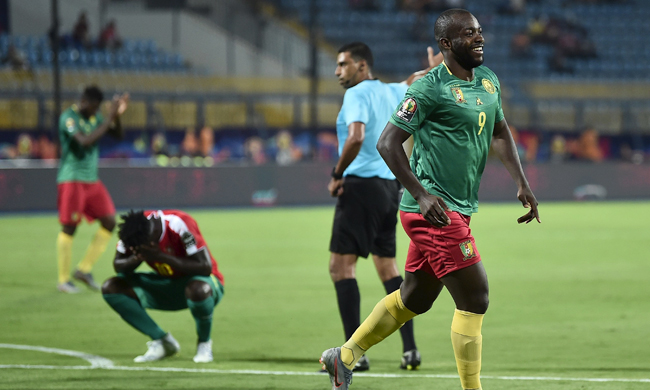 Five-times winners and holders Cameroon put a pre-tournament pay dispute behind them to beat rank outsiders Guinea Bissau 2-0 in their opening match at the Africa Cup of Nations on Tuesday.

The Indomitable Lions took more than an hour to break down stubborn resistance before Yaya Banana and substitute Stephane Bahoken scored in a three-minute spell to give Clarence Seedorf's side a winning start in Group F.

Banana headed in at the far post from a corner in the 66th minute before Bahoken, who only entered the pitch one minute earlier, reacted quickly to turn the ball in after it rebounded to him.

Cameroon's players refused to board their flight for Egypt due to a dispute over bonuses last Thursday and eventually travelled the following day despite saying they were still not satisfied.

Ghana face Benin in the same group later on Tuesday.