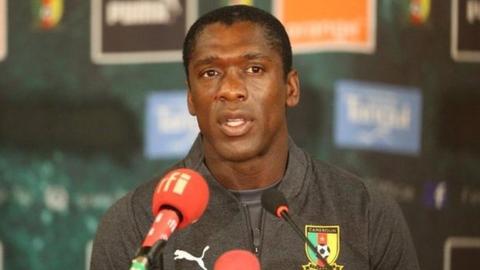 Head coach of the Indomitable Lions of Cameroon Clarence Seedorf is hoping the Africa Cup of Nations trophy-holders can deliver a more crowd-pleasing performance against Benin in Egypt Tuesday.

The Champions League winner as a player with Ajax Amsterdam, Real Madrid and AC Milan conceded that the 0-0 draw with Ghana at the weekend offered little excitement.

“It may not have been good for the fans and we want to do better, but I saw two organised teams who created enough chances to have won,” he said.

Here, AFP Sport looks at the Group E and Group F fixtures — the last of the group stage — with all eight countries in contention for round-of-16 places.

Seedorf defended his tactics after the clash with Ghana fell far short of expectations, saying he always aims to win.

“We never start a match to draw, we start to win, but I was satisfied with a point,” he said of a result that virtually guarantees the Indomitable Lions a last-16 place.

Cameroon lead Group F with four points, two more than Benin and Ghana and three ahead of Guinea-Bissau.

Benin are seeking a first Cup of Nations victory after 11 failed attempts spanning four tournaments and a 0-0 draw with Guinea-Bissau was a huge setback.