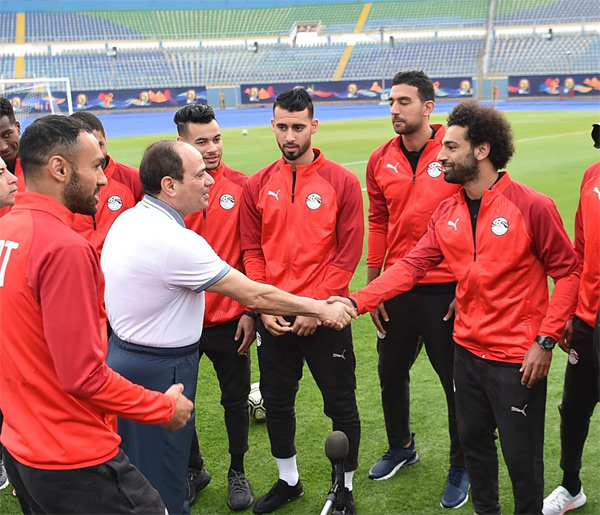 Egypt President Abdel-Fattah El-Sisi visited players of the national team on Saturday ahead of the hosting of the Africa Cup of Nations.

The President of the North African state met the players at the Air Defence stadium as they prepare for the competition, which kicks of on June 21.

The players led by Liverpool star Mohammed Salah met with the president and promised to deliver the country's 8th AFCON title on home soil.

The President affirmed his support for the team and assured them of the necessary assistance to aid them to success.

President El-Sisi also toured the stadium to inspect final preparations ahead of the tournament , expressing his hope that it will be a positive push for the Egyptian sports.

Egypt beat Guinea 3-1 in their final preparatory game on Sunday.

The Pharoahs have been drawn in Group A at the African Nations Cup along with DR Congo, Uganda and Zimbabwe