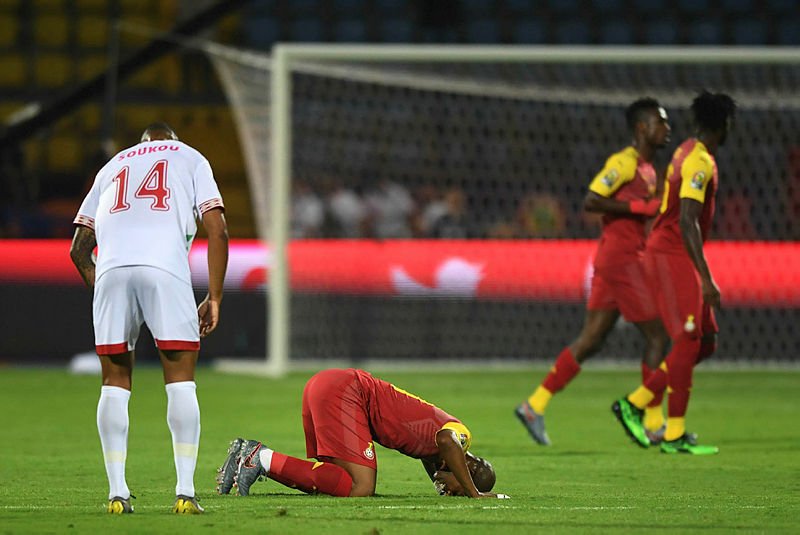 Andre and Jordan Ayew were both on target as 10-man Ghana were forced to settle for a draw against Benin at the Africa Cup of Nations.

Here are five talking points from the game.

Ahead of the tournament, Ghana were faced with goalscoring problem. The team played two pre-tournament friendlies against Namibia and South Africa without scoring but in 45 minutes against Benin on Tuesday, Black Stars scored two goals.

Ayew was tasked with the responsibility of leading the Black Stars attack and he delivered a man of the match performance. He contributed greatly to Andre Ayew's equaliser before scoring a stunning goal.

The Black Stars failure to pick three points is largely due to John Boye. The defender was at fault for Benin's first goal after giving the ball away. The team managed to bounce to lead 2-1 but Boye picked up a needless second yellow card.  His sending off proved costly as Benin equalised.

Christian Atsu, Thomas Partey and Mubarak Wakaso have been in great form for the Black Stars recently but on Tuesday their performance was absolutely shocking. They failed to influence the game as Black Stars depended heavily on Ayew brothers.

In the absence of experience Harrison Afful - ruled out of the tournament due to injury -  Kwesi Appiah trusted the right spot in the hands of Reading defender Andy Yiadom and the 27-year-old did not disappoint. He defended well and joined the attack when necessary.