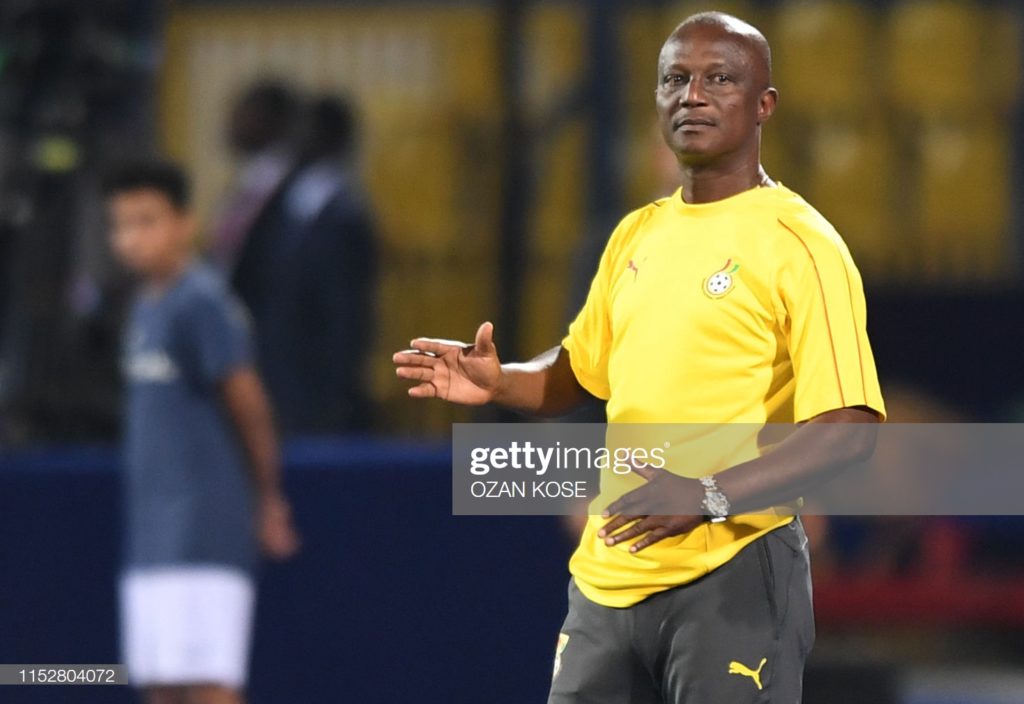 Ghana coach Kwesi Appiah has his job on the line should he fail to defeat Guinea-Bissau in today’s final group game to be played at the Suez Sports Stadium.

The Black Stars are without a win after two matches played in the group against Benin and Cameroon.

A defeat to Ghana or elimination will see Appiah’s role as head coach of the Black Stars come to an end as earlier indicated by Ghana Football Association Normalisation Committee President Kofi Amoah.

Prior to the tournament and in the wake of issues concerning Kwesi Appiah’s contract extension, Dr Kofi Amoah had indicated that should Kwesi Appiah fail to win the Afcon title which has eluded the country for 37 years he will be sacked.

"Per the contract, if Kwesi Appiah doesn't win the AFCON 2019 he is gone. This is stated in his contract," Kofi Amoah told the media.

Kwesi Appiah has fielded a strong starting 11 against Guinea-Bissau this afternoon with players such as Kwabena Owusu, Samuel Owusu starting the game as he searches for his first win the tournament.