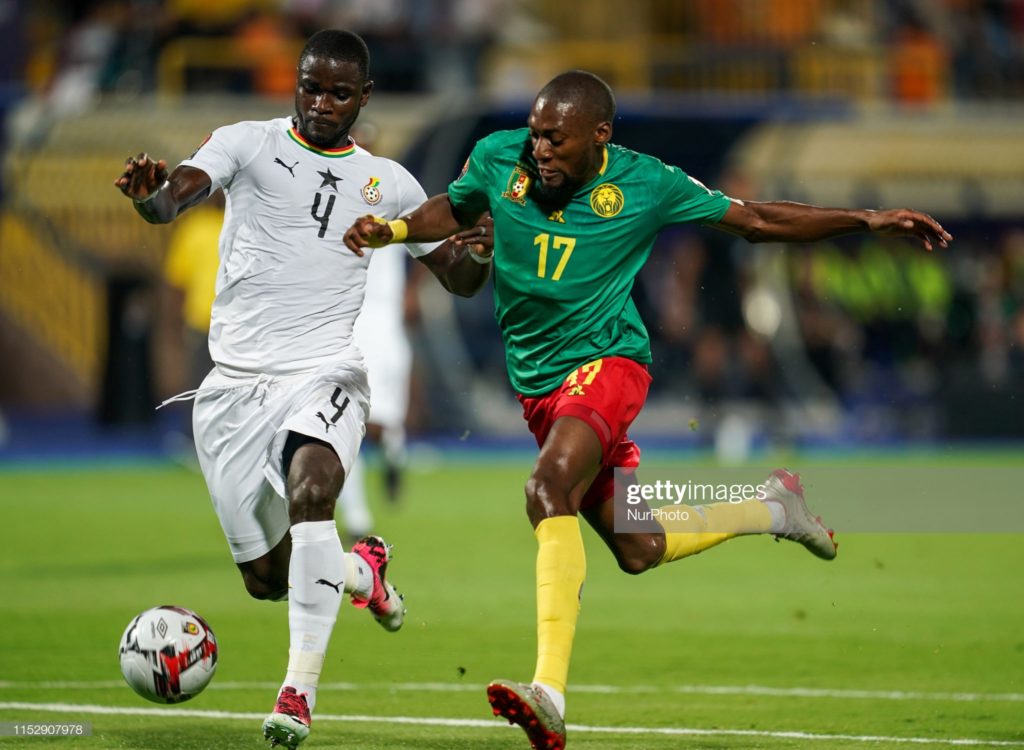 Karl Brillant Toko Ekambi of Cameroon and Jonathan Mensah of Ghana during the 2019 African Cup of Nations match between Benin and Guinea-Bissau at the Ismailia stadium in Ismailia, Egypt on June 29,2019. (Photo by Ulrik Pedersen/NurPhoto via Getty Images)

Defender Jonathan Mensah is expected to be fit for Monday's 2019 Africa Cup of Nations round of 16 clash against Tunisia in Ismailia.

The Columbus Crew centre back has featured in two matches at the tournament-including an outstanding performance against Cameroon.

Mensah was introduced early in the second half of the 0-0 draw with Benin when John Boye was shown the exit for two yellow cards.

He could not recover from the injury sustained in the clash against the Indomitable Lions.

Facing the Carthage Eagles-now handled by Alain Giresse-head coach Kwesi Appiah will have him ready.