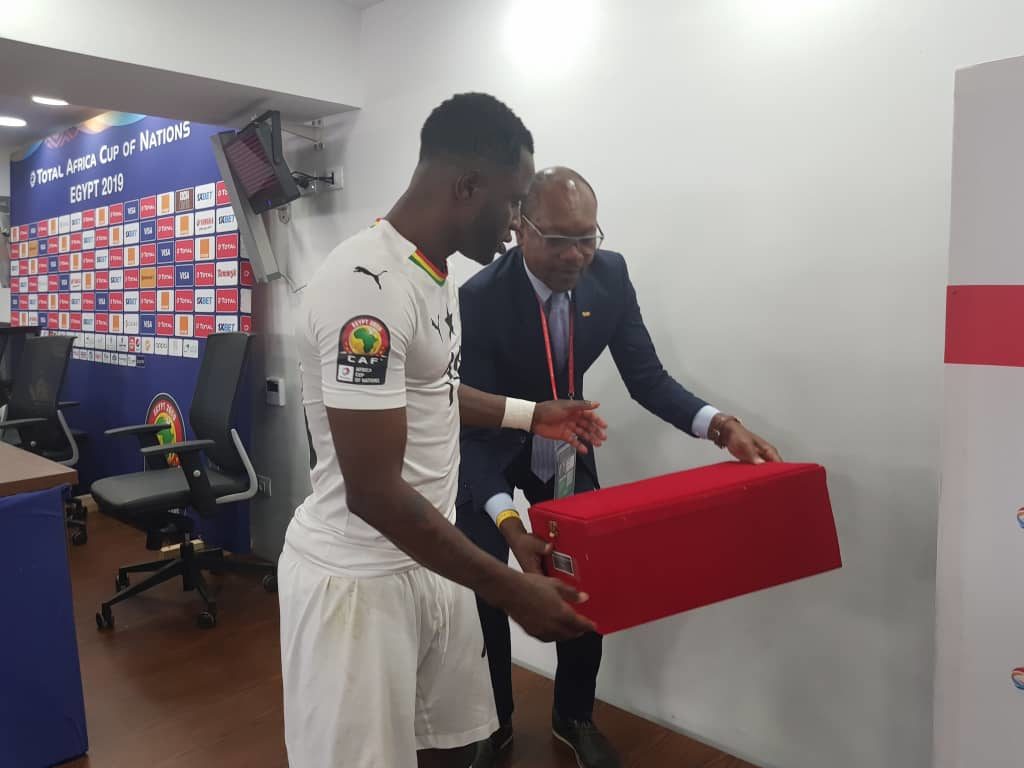 Ghana midfielder Mubarak Wakaso says his team-mates must take the credit for the Man of the Match award he grabbed after they defeated Guinea Bissau at the 2019 Africa Cup of Nations.

The Spain-based player also thanked Ghanaians and his fans for the support they offered the team, claiming it ensured that they secured the crucial victory on Tuesday.

The Black Stars reached the last 16 of the Africa Cup of Nations and knocked out Guinea-Bissau with a 2-0 win in Suez and Wakaso was named the best player of the game.

“First of all I need to thank my team-mates, the whole Ghana and my fans for the support and prayers” the Alaves player in the post match press conference.

As a result of winning the group on goal difference, four-time champions Ghana, who had drawn their opening two games, will face the team who finish second in Group E - Mali, Tunisia, Angola or Mauritania - in Ismailia on Monday.

Cameroon will face Nigeria in Alexandria on Saturday.