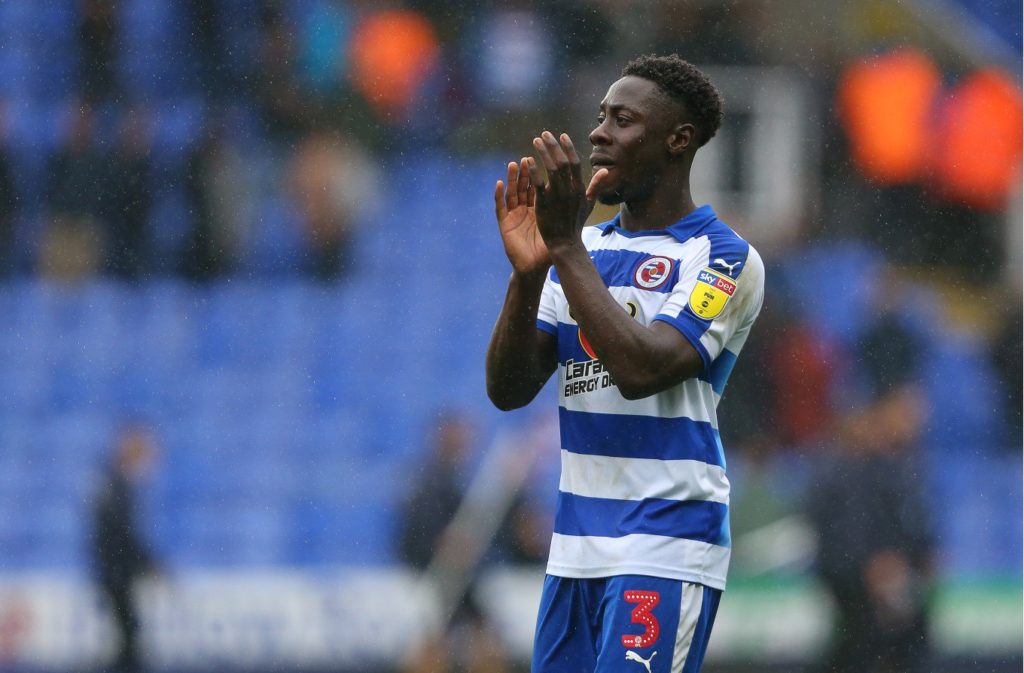 Andy Yiadom (born 2 December 1991) plays for Reading. He can play as a full back or as a winger.

Yiadom was born in Holloway, London. He started his career in the youth team of Watford but wasn't offered a professional contract at the end of his scholarship. He signed for Conference Premier club Hayes & Yeading United in the summer of 2010.

He only stayed for one season at Hayes before moving on to newly promoted Conference Premier club Braintree Town in August 2011, following a trial at League Two club Bristol Rovers. Yiadom scored seven goals by January 2012.

He was signed by League Two club Barnet on 31 January 2012. Yiadom joined Barnsley in May 2016 for a free transfer, on a two year contract.

He made 32 appearances for Barnsley in his first season, helping them retain Championship status impressing at right back. He was offered a new deal by Barnsley on 30 July 2017, which he turned down.

Yiadom was born in England to Ghanaian parents. He was called up to the English national C team, and was named their player of the year in 2015.

In November 2016 he was called up to the Ghana national team and made his debut for Ghana in a 1–0 2017 Africa Cup of Nations loss to Egypt.