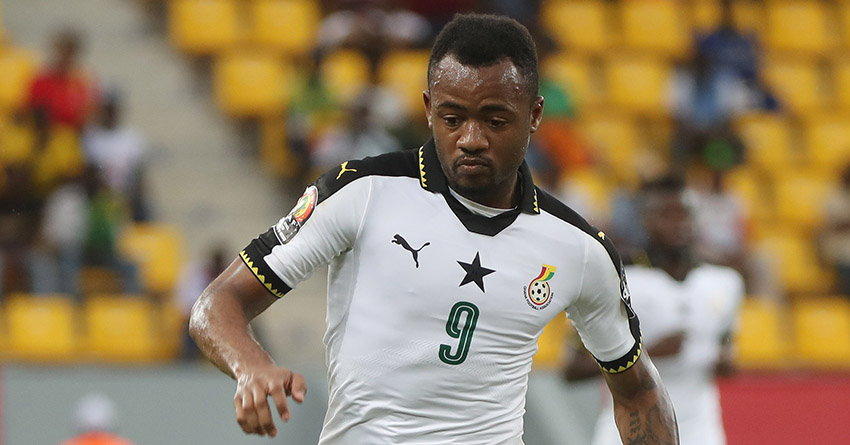 Ayew made his first senior appearance for Ghana on 5 September 2010, in a 3–0 2012 AFCON qualifier win against Swaziland, at the Somhlolo National Stadium in Lobamba, Swaziland. On 1 June 2012, Ayew scored his first and second international goals in a 2014 World Cup qualification match win against Lesotho, at the Kumasi Sports Stadium in Kumasi, Ghana.In December 2011, Ayew was named to the Ghana national team provisional 25-man squad for the 2012 Africa Cup of Nations,and in January 2012 he was selected for the tournament's 23-man squad.

In June 2014, he was included in the Ghanaian squad for the 2014 World Cup. In Ghana's last warm-up match before the 2014 FIFA World Cup in Brazil on 9 June 2014, Ayew came on as a first-half substitute for the injured Majeed Waris and ended up scoring a hat-trick in a 4–0 victory over South Korea.

Jordan Ayew was part of the 2015 Africa Cup of Nations team in Equatorial Guinea that took a silver medal as result of losing out to Ivory Coast on a penalty shoot out whom they clinch the African Cup, which occurred on 8 February 2015.