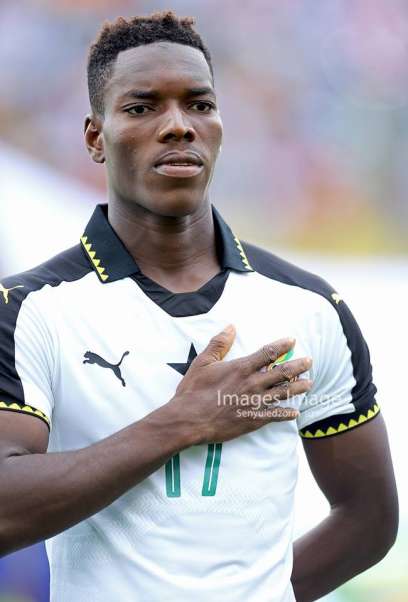 As a youngster growing up in native Ghana, Lumor Agbenyenu played in the Wassaman Utd schools.

In July 2014, Lumor finally had the opportunity of going to European football when he was loaned to FC Porto, playing for a season in the Junior team.

In the following season after impressing in the junior teams of Porto, he loaned again to Portimonense S.C. and eventually in February 2016 exerted the option to buy the pass of the young left back.

In January 2017 he was loaned to TSV 1860 München from the 2. Bundesliga, where he played regularly, but at the end of the season he returned to Portimonense after making his debut in Ghana's main national team.

In January 2018, when Lumor was being negotiated by PSV Eindhoven, Sporting CP anticipated and secured the contest of the Ghanaian player, securing 50% of the economic rights of his pass for 2.5 million Euros with the possibility of acquiring in the future another 30% for a value stipulated in 1 million Euros.

Lumor signed a long term contract with Sporting CP, with the goal of replacing the Argentinian Jonathan Silva that had been loaned to AS Roma.

Agbenyenu made his debut for the Ghana national football team in a 5–0 2019 Africa Cup of Nations qualification win over Ethiopia on 11 June 2017.