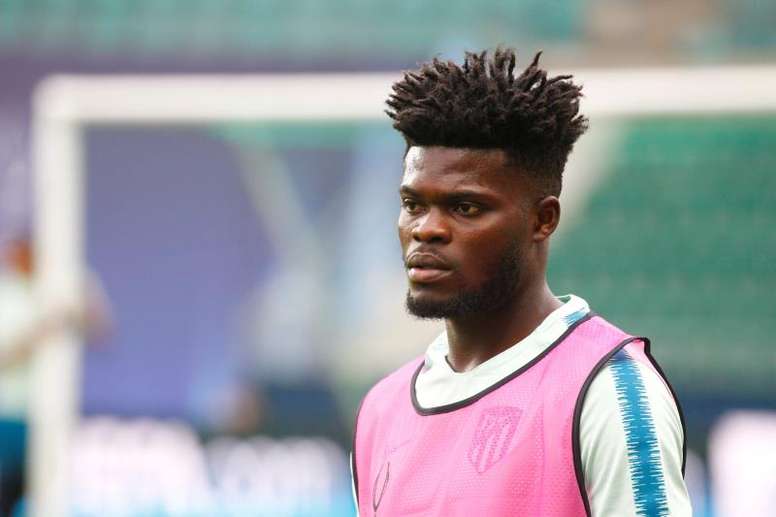 Born in Krobo Odumase, Thomas was a product of local Odometah FC's youth ranks. He signed a contract with Atlético Madrid in 2011, and was subsequently moved to the reserves a year later. On 10 March 2013, Thomas was called up to the main squad for the match against Real Sociedad. However, he remained unused in the eventual 0–1 home defeat.

In May 2016, Thomas was called up for the first time to the Black Stars by head coach Avram Grant, ahead of a 2017 Africa Cup of Nations qualification match against Mauritius. He made his debut on 5 June, replacing Frank Acheampong for the final 11 minutes of a 2–0 away win that booked the Black Stars' position in the finals. On 5 September 2017, Thomas scored his first international hat-trick in a 5-1 win against Congo in a 2018 World Cup Qualification match.

On 12 July, Thomas was loaned to RCD Mallorca, freshly relegated to the second level. On 18 August, he made his professional debut, in a 0–4 away defeat against CE Sabadell FC. Thomas scored his first professional goal on 15 September, netting his side's second of a 2–2 draw at Hércules CF.

On 27 July 2014, Thomas joined La Liga side UD Almería also in a temporary deal. He made his debut in the competition on 23 August, starting in a 1–1 home draw against RCD Espanyol. Thomas scored his first goals in the main category of Spanish football on 11 April 2015, netting a brace in a 3–0 home win against Granada CF.

He made his first team debut for Atleti on 28 November 2015, replacing Luciano Vietto in a 1–0 home win against Espanyol. On 2 January of the following year he scored his first league goal for the club, netting the game's only in a home success over Levante UD. On 28 May, Thomas played in the UEFA Champions League Final against Real Madrid, replacing Koke in the 116th minute as his side lost on penalties.