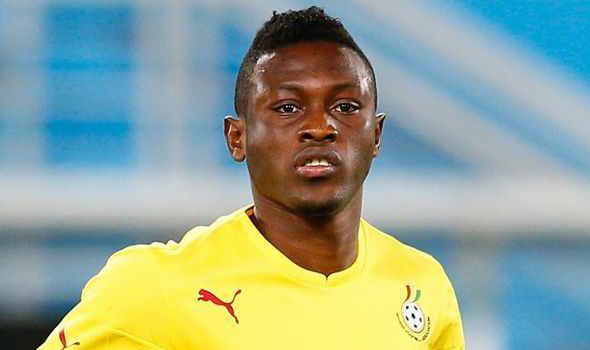 Five Ghana players are terribly disappointed that they learnt of their dropping from the Black Stars squad for the 2019 Africa Cup of Nations on the internet SEVEN HOURS before they were officially informed.

Angry FC Porto striker Abdul Majeed Waris angrily boycotted the meeting to announce the decision to him and the four other players after learning of their fate on the internet earlier in the day.

The 27-year-old is reported to have locked himself at the team's hotel whiles Normalisation Committee members, Naa Odofoley, Samuel Osei Kuffour, Coach Kwasi Appiah and Deputy Sports Minister Perry Okudzeto were waiting to have a word with him before he leaves the team’s camp.

Others who missed the list were Ebenezer Ofori, Mohammed Alhassan, Abdul Fatawu and Yaw Yeboah after one week camping in Dubai.

They attended the meeting fearing that their natural reaction to the decision to drop them could result in them not being called up for future matches.

This shows the management's poor handling of the situation as the players were supposed to have been informed first of what is a heart breaking decision which was made public before the players were officially informed.

According to a report by Michael Darko of Angel FM, Waris failed to attend the meeting after learning of his exclusion from the squad for the continental football showpiece.

The former Spartak Moscow forward was among the five players who were axed from the 23-man squad submitted to the Confederation of African Football (CAF).

Waris joined FC Nantes on a loan deal with the option to purchase for €6 million from Portuguese giants FC Porto last summer.

He went to enjoy an impressive season, registering 3 assists and netted 5 goals in 33 league games for the side.

The Canaries have rejected FC Porto’s asking price but fresh report reaching GHANASoccernet.com indicates that there is bidding war between fellow French side St Etienne and other clubs from the Gulf region and an unnamed Chinese club.