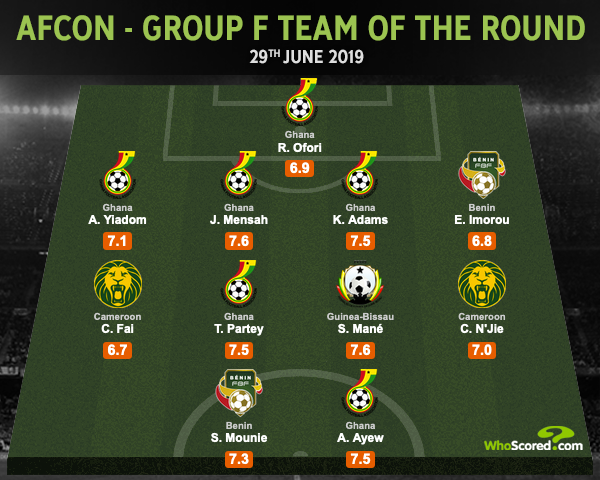 Black Stars Team of Round II

Ghana dominate Group F Team of the Round after Saturday's installment of matches at the 2019 Africa Cup of Nations with six players.

The Black Stars failed to beat the defending champions Cameroon at the Ismailia Stadium but showed a lot of promise.

Goalkeeper Richard Ofori put up an impressive showcase against the Indomitable Lions and scored 6.9 marks.

Defender Jonathan Mensah scored the highest marks (7.6) after a stupendous display at the back for the Black Stars where he made two timely interceptions to deny Cameroon.

According to the statistical company WhoScored.com, Benin duo Emmanuel Imorou (left back) and striker Steve Mounie made it in the Best XI.