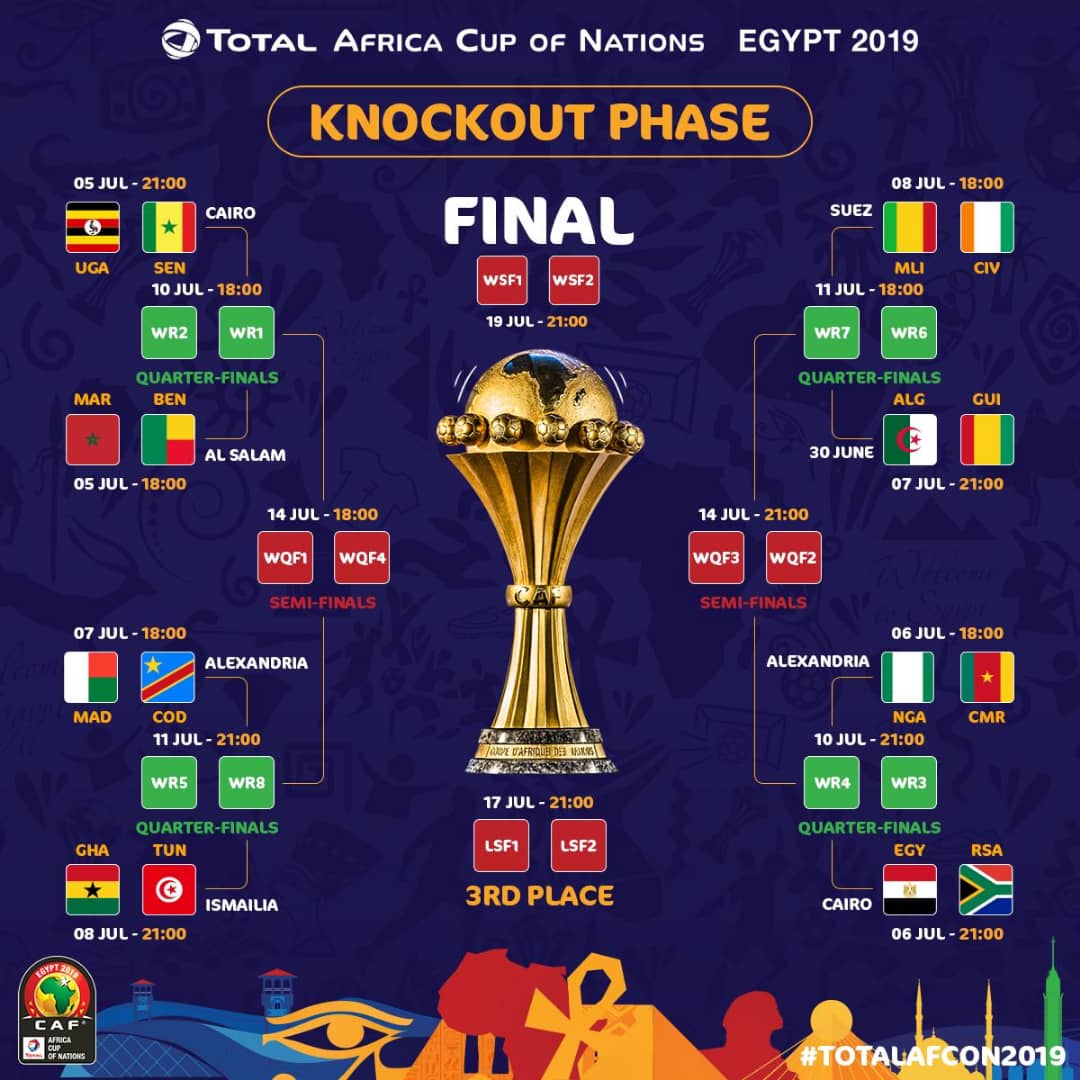 Permutations for the last 16 of the Africa Cup of Nations were up in the air until Tuesday’s close of the group phase and delivered some intriguing pairings for the weekend’s knockout-stage matches.

The failure of holders Cameroon to beat Benin in their last Group F game on Tuesday saw them usurped at the top of the standings and condemned to a meeting with Nigeria in Alexandria on Saturday, while hosts Egypt will take on South Africa the same day.

Tunisia, who are in second place in the African rankings, will be up against Ghana while the Ivory Coast take on Mali.

It looks a lot easier for Morocco and Algeria, who like Egypt came through the first round with a 100 percent record, and look genuine contenders.

Morocco play Benin in Friday’s first game while Algeria will also fancy their chances against Guinea on Sunday.

Senegal, also among the pre-tournament favourites and the continent's top-ranked team, take on Uganda.

Cameroon would have wanted to avoid neighbours Nigeria until the later stages of the tournament but the clash was forced upon them by their failure to score in two successive goalless draws in the opening-round group stage.

The derby is the pick of the eight second-round ties to be played between Friday and Monday as the extra knockout round is introduced to the tournament for the first time with the expansion of the field to 24 teams.

The new format also meant an anxious wait for teams who finished third in their group standings.

The best four advanced, with South Africa the last team to be confirmed when Angola lost to Mali in Ismailia on Tuesday.

Earlier Guinea, the Democratic Republic of Congo and Benin had filled places, eliminating Kenya, who had still been in contention before the last day of group play.

South Africa lost two of their three Group D games in largely insipid performances and will not cause Egypt any sleepless nights before Saturday’s meeting in Cairo.

The surprise team of the first round were Madagascar, who upset Nigeria in a shock win to top group B, and their reward is a meeting with DR Congo on Sunday –- one the islanders will feel they have every chance of winning to continue their fairytale debut at the finals.