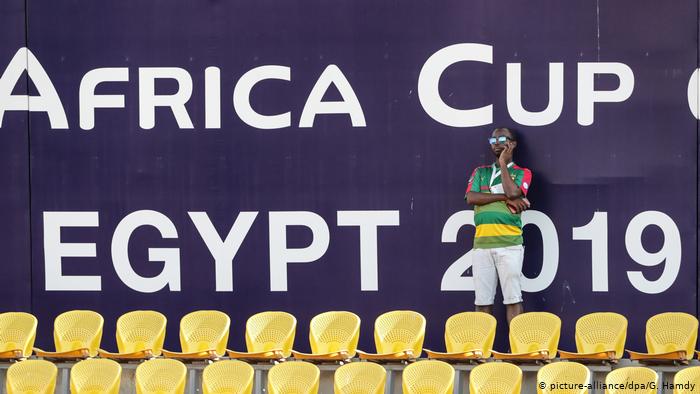 A shortage of goals and tough defensive tactics – the group stage of the Africa Cup of Nations never quite got going. But the round of 16 offers some potentially exciting clashes, including a continental classic.

Cameroon coach Clarence Seedorf seemed a little annoyed when he faced reporters in the mixed zone after the match against Ghana.

"Defense, defense, defense. Just like in basketball, defense is becoming more and more important in modern football," the Dutchman said. "This is the only way to win big games."

Just minutes before Seedorf made that comment, the group stage match between two of the supposed big hitters of African football had ended in a scoreless draw. You could have counted the number of scoring chances the two sides created between them on the fingers of one hand. This was symptomatic of the early stages of the 32nd edition of the African Cup of Nations, in which just 68 goals were scored in the 36 group stage games.

It may not be the most entertaining football, but so far there has been little criticism from local experts.

"We've seen some good football, we've seen a lot of high-level matches here," said former Senegal attacker El Hadji Diouf after the game between Morocco and South Africa. It took until the 35th minute of this game for either side to launch an attempt on goal – with the North Africans going on to win 1-0 thanks to a last-minute goal.

Perhaps you do have to put defense first at the highest levels of modern football, maybe you really won't get the results if you focus on attack. But it's not been a lot of fun for the spectators and attendances haven't been good. There have been plenty of empty seats at every contest other than those involving hosts Egypt.

The fear of losing seems to be hindering many teams at this tournament, which is being held amid the highest-possible security measures.  Groups of policemen, soldiers, security guards and people in civilian clothes with two-way radios are constantly present around each of the stadiums hosting AFCON matches; in Cairo, Alexandria, Ismailia and Suez – creating an oppressive atmosphere.

Supporters attending matches have to pass through multiple scans and searches and helicopters circle overhead before and during matches. If you didn't know better, you could mistake this for a war zone instead of a football tournament.

Still, the decision to increase the number of teams taking part to 24 has had an upside, for this catapulted Cinderella teams like Madagascar into the tournament. The island nation surprised everybody by playing daring football and were rewarded by winning Group B – ahead of African football superpower Nigeria.

"The whole country is incredibly proud of the team. We've seen a development process in the team that seems like a fairy tale," a euphoric Stanislaus Rakotomalala said. And the former general secretary of the Malegasy Football Federation (MFF), who is in Egypt as a member of MFF President Ahmad Ahmad's staff,  is hoping for of the same.

"In the round of 16 we'll be facing a team that finished third in their group. We can beat them too," he said. The opponent he was referring to happens to be the Democratic Republic of Congo.

Cameroon vs. Nigeria in the round of 16

Not only that, but just by being there, other smaller teams were able to learn from the bigger African footballing nations – and gain valuable experience.

"We've learned our lessons. We could not impose ourselves offensively with our football," Namibia captain Ronald Ketjijere said. "But it's the first time our players have been to such a big event and they've been able to take a lot of things away from this, things that will help them further their careers.

Looking ahead, the knockout stages are reason for hope that we could see some more exciting football in Egypt this summer. Among the games to look forward to is the classic matchup between Cameroon and Nigeria, which will be a clash of the two coaches: Seedorf and Gernot Rohr. It will be interesting to how Rohr, the experienced German-Frenchman counters the defense-first approach of his younger, less experienced counterpart.

The hosts, Egypt, including Mo Salah, face South Africa while Senegal and Sadio Mane take on Uganda. The way the bracket is set up, the two Liverpool teammates can only meet each other in the final.

The round of 16 matchups: