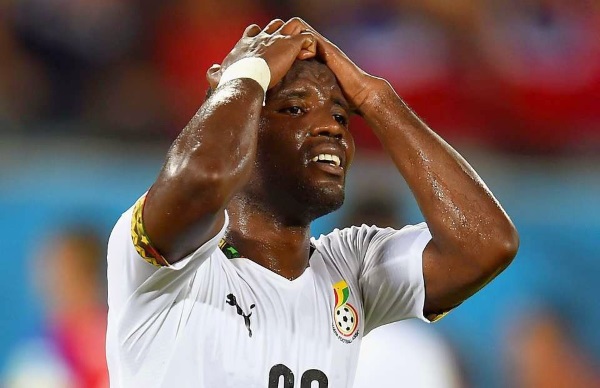 Deputy Captain of the Black Stars, Kwadwo Asamoah says he feared his career was over after suffering a cartilage injury which ruled him out of action for a year and half while with Juventus.

The 30-year old suffered this injury during the 2014-15 season and missed the Champions League final against Barcelona which Juventus lost.

“I had this injury which is called cartilage which I didn’t expect it to stay for long. I was expecting it to go within five to six months but it stayed up to a year and half”, he told Gary Al-Smith

“It got to a point I didnt even know what else to do. I was training to get back to my normal form but it wasn’t up to. Everytime I trained, I felt this pain in my knee. At a point, anytime I was getting better I also had different injuries which were minor”.

”It made me cry because I was wondering what was going on. So I had to pray and try and do everything possible to get back. Some people even joked about it and were thinking it was the end of my career. I thank God I came back and had a fantastic season”, he concluded.

Kwadwo Asamoah had a good season with Inter Milan where he played 32 matches in the Serie A and scored one goal.