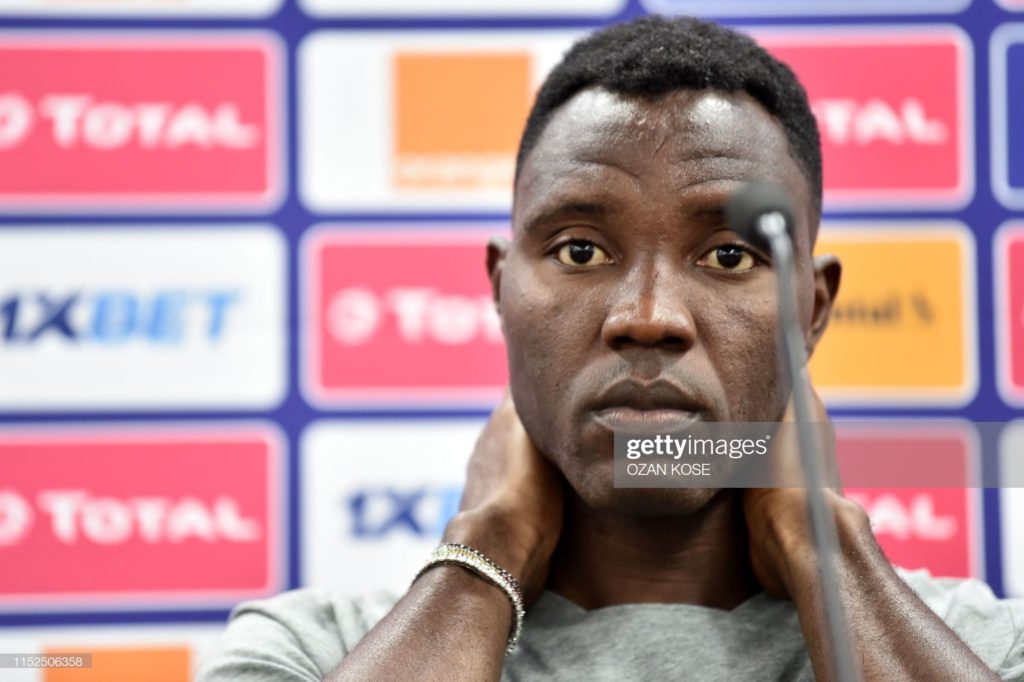 Ghana's midfielder Kwadwo Asamoah attends a presser at the Ismailia Stadium, on June 28, 2019, on the eve of the 2019 Africa Cup of Nations (CAN) Group F football match between Cameroon and Ghana. (Photo by Ozan KOSE / AFP) (Photo credit should read OZAN KOSE/AFP/Getty Images)

Ghana coach Kwesi Appiah stands with Kwadwo Asamoah despite the player's poor show against Cameroon at the 2019 Africa Cup of Nations.

The midfielder, who started on the left flanks did very little to influence the match as the Black Stars settled for a 0-0 draw.

Asamoah was making his first appearance at the competition after being left on the bench in the first game against Benin.

"The good thing about Kwadwo Asamoah is that he plays almost all the positions on the pitch, many feel he didn't have a good game against #Cameroon but for me, he helped us a lot tactically with the role he played," Appiah said.

The draw on Saturday has left Black Stars with two points which means they need to beat Guinea-Bissau on Tuesday to qualify for the last 16.