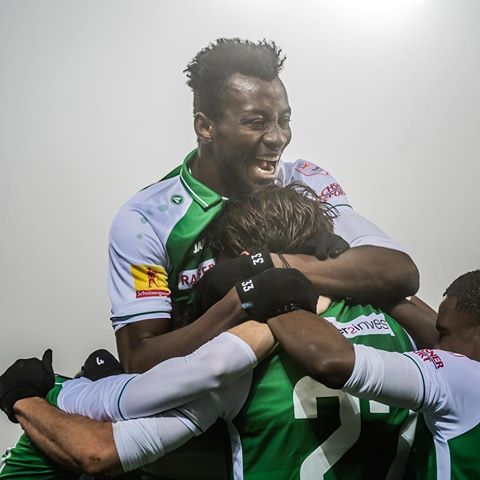 The 22-year-old was earlier in the day named in the 29-man Ghana squad  for the first time as they prepare for the 2019 Africa Cup of Nations tournament in Egypt next month.

He responded by scoring for St Gallen in the Swiss top-flight when they defeated Young Boys 4-1 on Wednesday.

His fellow countryman Majeed Ashimeru secured their emphatic victory when he broke free in the box before chipping the goalkeeper.